Two top-level American atmospheric scientists have dismissed the peer review system of current climate science literature as “a joke.” They are most probably correct, however—If you can't see or feel what is happening to your own environment, wherever you live, then I'm afraid you may well have been blinded 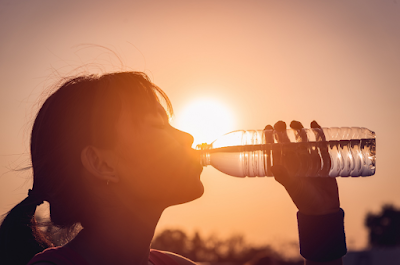 Two top-level  American atmospheric scientists have dismissed the peer review system of current climate science literature as “a joke.” According to Emeritus Professors William Happer and Richard Lindzen, “it is pal review, not peer review”. The two men have had long distinguished careers in physics and atmospheric science. “Climate science is awash with manipulated data, which provides no reliable scientific evidence,” they state. No reliable scientific evidence can be provided either by the Intergovernmental Panel on Climate Change (IPCC), they say, which is “government-controlled and only issues government-dictated findings.” The two academics draw attention to an IPCC rule that states all summaries for policymakers are approved by governments. In their opinion, these summaries are “merely government opinions.” They refer to the recent comments on climate models by atmospheric science professor John Christy from the University of Alabama, who says that, in his view, recent climate model predictions “fail miserably to predict reality.” Read the report

Ok, if we are in a good, settled, mental state, we don't need to be a scientist to know we shouldn't rely on any information whatsoever that is fed to us through scientists sponsored by our mostly corrupt governments, who themselves are also sponsored by worldly billionaires, who are more concerned with material values rather than a spiritual existence. Why? Well, quite simply, they are pushing their own agendas. The governments that are selling coal and other so-called harmful fossil fuels are more often than not climate change deniers, while the green energy pushers, solar and wind energy, etc are screaming 'CLIMATE-CHANGED!, from the highest rooftops.

It's political madness, especially when you realize the same governments are destroying our atmosphere with massive amounts of toxic rocket emissions and earlier nuclear bomb testing which we were warned about 65 years ago, no less. And our mighty military-industrial-complex has been finding ways to weaponize the weather since the day the Space Race began in 1957, vice president Lyndon Johnson admitted it—In the early 60s, JFK, and Lindon Johnson realized they had to find a way to control the sun's power affecting the weather here on Earth, Johnson apparently had more sinister ideas and wanted to use the weather as a weapon. A prominent scientist at the time, Harry Wexler who was on JFK's team warned the US government in 1962 that increased pollution from rocket exhaust was doing terrible things to the atmosphere, however, the military intervention made sure the experiments continued, attacking the ozone layer over your enemies nation was appealing to the military.

So, my advice to the two Emeritus Professors, William Happer and Richard Lindzen you are correct when you claim that “Climate science is awash with manipulated data, which provides no reliable scientific evidence,” bravo!

However, climate change is very real, it's not rocket science—pardon the pun. Happer and Linzen refer to the recent comments on climate models by atmospheric science professor John Christy from the University of Alabama, who says that, in his view, recent climate model predictions “fail miserably to predict reality.” This is very true, but that's because the extreme weather events happening now around the world are so extreme and brutal, that the supercomputers which cost millions of dollars, by the way, can't come anyway near showing what is actually happening around the world. They can't predict what is happening to our climate because the reality of the extremity is too fast for even the most advanced models.

For instance, shocked climate scientists are wondering how even worst-case scenarios failed to predict such furnace-like conditions which hit Canada last spring when an incredible, record-breaking heatwave hit Canada and the northwest US even before summer had officially arrived. Johan Rockström, the director of the Potsdam Institute for Climate Impact Research, said the recent extreme weather anomalies were not represented in global computer models. We have been taken by surprise! And so have our governments.
Many people who read my posts covering increasing heat on our planet often leave unhelpful comments such as, "well it's summer," or, "it's supposed to be hot!" These people, of course, are very funny if not observant, however, they often miss the word, "record," or the phrase, "hottest ever." What is happening to our planet's weather recently is astonishing.  We shouldn't need scientific or government rhetoric telling us what may or may not be happening. God gave us all a brain, but, sadly people are slowly forgetting how to use it properly.
So please, please, please remember the next time a slick suited and booted Bill Gates, or the World Economic Forum's Klaus Schwab try to convince you a great reset is needed and is backed up by so-called government leaders, experts, scientists, The World Bank, WHO, CDC, the UN along with Nato, BlackRock, Vanguard, WWF, Fauci, and big pharma, and all the other people and organizations of that ilk—They are after you and their plan has nothing to do with improving the planet—In fact, they are the ones responsible for the complete mess we now find ourselves in!
If you can't see or feel what is happening to your own environment, wherever you live, then I'm afraid you may well have been blinded—Hosea 4:6 springs to mind: my people are destroyed from lack of knowledge. “Because you have rejected knowledge, I also reject you as my priests; because you have ignored the law of your God, I also will ignore your children.

Dear Gary,
I have been following you over recent years and agree with most of your posts. However, Climate Change is one area I think we disagree. Humans cannot change a climate with a trace gas of 0.0004% of the atmosphere (CO2). That being said I need to research what effect Rock fuel and geo engineering has on weather.

Extreme weather has actually decreased in recent years only made more visible by the wall to wall coverage from MSM.

Following are a few links I would encourage you to look at. You may see another side to the argument which does not have a fair representation being unable to produce Pal (peer) reviewed papers.

Please do not succumb to the Climate Change Scam as you rightly point out in your post as you have not succumbed to the COVID Scam.

Peace and Blessings to you.

Thanks for your kind words, nothing wrong with a healthy disagreement. I remember the 76, heatwave in the UK quite clearly. I was living in Leeds at the time, not known for its tropical climate even to this day. However, what people tend to forget about the 1976 heatwave is that on the 1st of June the UK suffered a snowstorm, which was just as unusual as the heatwave that followed.


Peace and Blessings to you.

PS. Today in Holland the temperature is expected to rise above 40 deg C, for the second time since 2019. The UK has been issued a first-ever red alert weather warning, 1,000+ people have died in Portugal, Spain and France from the heat in the last few days. . .

Climate change in my humble opinion is very real and very dangerous. We may not know what is actually causing it but, it is happening.