A mag 7.4 and a 7.3 hit northern New Zealand! Two more massive quakes rock the South Pacific: It's a part of the world I told you to watch for two weeks ago after a plethora of major quakes shook the area in February 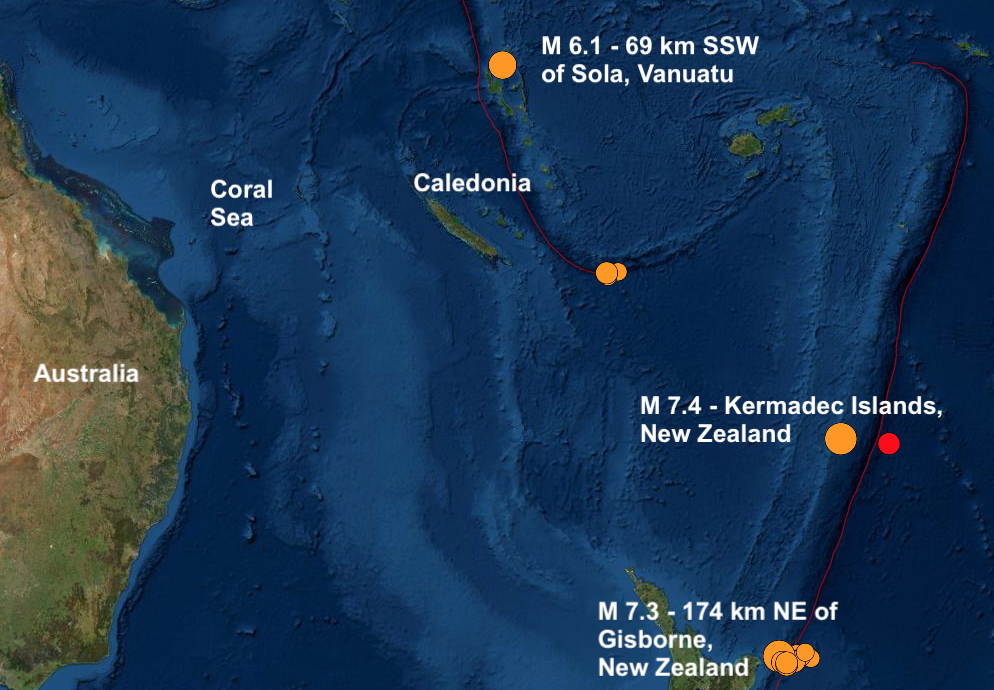 It's a part of the world I told you to watch for two weeks ago after a plethora of major quakes and 200 aftershocks shook the area through February. Well, today the area has jumped back into life, this time just east of the Australian Plate which had been so seismic recently with another major quake, a mag 6.1 struck north of Vanuatu around the island of Sola.

Later a mag 7.4 rocked the Kermadec Islands, New Zealand after a mag 7.3 shook NE of Gisborne New Zealand and the area is suffering a burst of quite large aftershocks. The three major quakes mag 6 or higher bring the total to 4 in the first 4 days of March and the total for 2021 to 33 so far which is the highest number this century for the time of the year!