Tropical Storm Beta, (the second letter of the Greek alphabet) has formed in the Gulf Of Mexico just days after Hurricane Sally dumped horrendous amounts of rainfall along the Gulf coast; A life-threatening surge storm surge and hurricane-force winds are expected along portions of the Texas coast 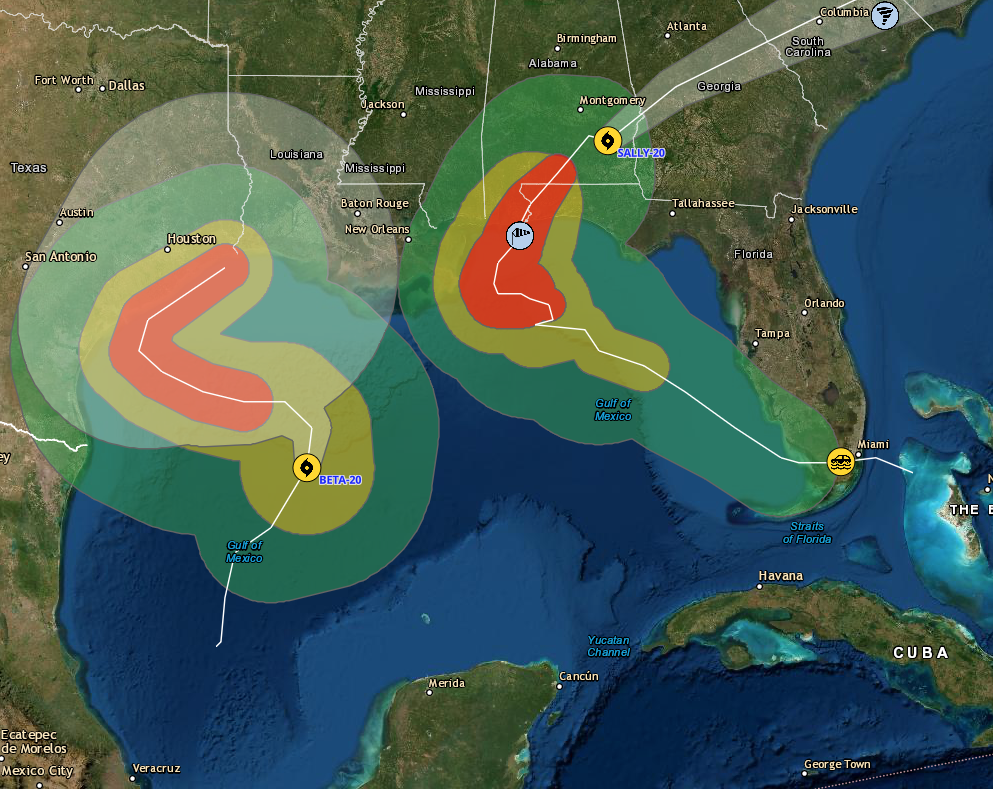 Just days after Hurricane Sally dumped horrendous amounts of rainfall along the Gulf Of Mexico leaving hundreds of thousands of people still without power along the Alabama coast and the Florida Panhandle, the record-shattering hurricane season notched another milestone: Forecasters ran out of traditional names for storms after three new systems formed in about six hours.

Tropical Storm Beta, (the second letter of the Greek alphabet) has formed in the Gulf Of Mexico and according to NOAA will bring more torrential rainfall along the battered Gulf Coast through at least the middle of next week as Beta is forecast to move slowly toward and along or offshore of the coast through that time.