When will they learn? Almost twice the amount of ammonium nitrate (4,900 tons) which recently caused a massive explosion in Beirut, is being stored in the Yemeni port city of Aden by Saudi-Emirati occupation forces near a residential area 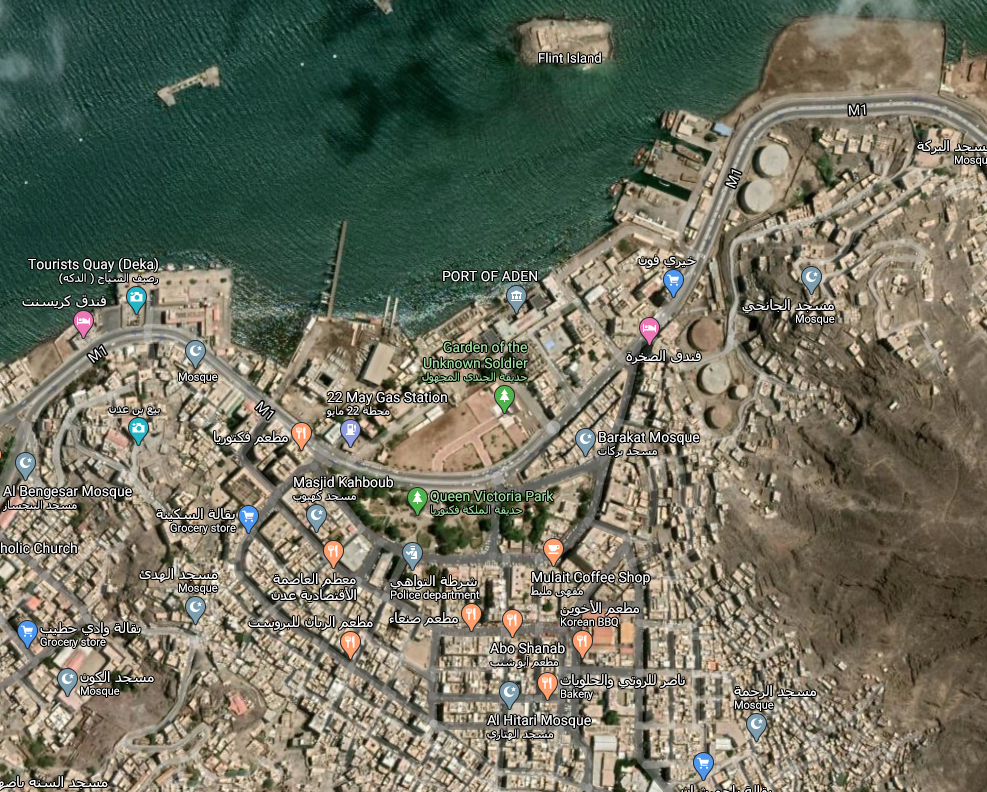 A report released by PressTV, the Iranian news agency is claiming almost twice the amount of ammonium nitrate which recently caused a massive explosion in Beirut, is being stored in the Yemeni port city of Aden by Saudi-Emirati occupation forces. Apparently, 4,900 tons of ammonium nitrate is stored at 130 shipping containers and close to a residential area of the city.

Thousands of tons of ammonium nitrate, a highly explosive chemical compound which recently caused a massive explosion in Beirut, are being stored in the Yemeni port city of Aden by Saudi-Emirati occupation forces, a top official warns. The governor of Aden governorate in southern Yemen says the chemical compound has been stored in Aden since three years ago without finding any immediate solution for use or any measure to keep citizens and their belongings away from possible danger.

Salam warned that the amount of ammonium nitrate stored in Aden is almost twice the amount that blew up the Lebanese capital of Beirut on Tuesday. Yemen’s Al Masirah TV quotes Tariq Salam as saying that the chemicals have been confiscated by the Saudi-led coalition forces and stored in the Aden port, but have been abandoned and now endanger the lives of citizens in case of an explosion. “The forces deployed in this port are responsible for storing this dangerous cargo, which is estimated to include 4,900 tons of ammonium nitrate stored at 130 shipping containers,” he warned.

The storage of such a huge ammonium nitrate cargo in Aden port is much more challenging and dangerous than Beirut, as it is being stored close to residential areas, and that Aden is currently a scene of infighting among coalition forces. The Beirut blast, which killed at least 154 and injured over 5,000 others, was caused by almost 2,700 tons of ammonium nitrate. The explosion turned Beirut into a “disaster city”, and has been described as the second biggest explosion after the atomic bomb that hit Hiroshima, Japan.

Isn't that something?! Such a coincidence, another Arab state with pounds of explosive material being stored in a port city exactly like Beirut had! Wow. Now what is the official narrative again for the detonator of Beirut's stockpile? I must of missed that part because all I read and hear since it happened is, a warehouse containing x amount of ammonia nitrate exploded and destroyed that port.

What caused the detonation to make it explode? Anyone out there have that answer, officially by the lunatics that is? Lol. Seriously, what is the cause of that explosion.? Please reply if you know.

Because buildings just dont blow up in the middle of the day just because they contain explosive materials, there has to be a detonator! It's funny because I dont remember ever hearing in the news what that detonator was, similar thing is with this virus. What is the cause that started this covid19? I asked this virus question right here a few days past and no one answered except for Gary saying he could not tell- everyone just blames everyone else and no memory of the initial cause.
Looking for answers, anyone? My memory for the virus cause is, some guy a half a world away (china) ate a bad bat one day and caught a contagious virus that infected the entire globe in one month. This is why I ask. My recollection is that and it doesn't make sense to me because here in america when someone eats a bad cow they get sick from ecoli they report it and the beef is recalled with public notice. You do not get a contagious virus from eating bad meat, you get ecoli. And no economies shut down, no one has to wear masks, and our kids can go to school without being separated from the other kids.
So there lies my confusion and void for the correct answer to causes. Appreciate any feedback! Thank you. Best to all.
Hawkeye

Hi Hawkeye, back in 2014 Obama stopped finding gain of function research. In 2017 someone "don't know who" reauthorize gain of function research. In 2017 Anthony Fouchy outsourced this research to the Level 4 Bioweapon Lab in Wuhan China and funded the lab 3.7 million dollars to find Corona Virus's in wild bats. In 2019 Anthony Fouchy funded the Wuhan lab an additional 3.7 million dollars to work on gain of function. Initially I learned this virus was created at Fort Derrick before moving to Chappell Hill North Carolina prior to going to the Wuhan lab. Regardless of where this biological weapon was developed, Anthony Fouchy funded it and announced in 2017 that there would be a surprise Pandemic during the current Administration. Wow, what a Treasonous bastard. Him and Bill "Kill" Gates are friends. Maby, with God's blessing both of them will be tried for crimes against Humanity and put to the noose. Blessings

Do you have proof of these accusations, a link maybe?

Well thanks Christopher, but I am aware of that story as you wrote it. That does not answer my questions! I also fell victim to that side of the story in the beginning, January, but very soon after became aware of many other contradicting pieces of evidence that do not line up to that explanation, AND it still doesn't answer my questions and my questions are THE biggest hole in the whole dam virus farce narrative. The very first thing that got this all going is impossible, so how can anything else coming out after that initial infection narrative be truth? It can't!
Just because fraudchi funded or recieved funding (ka-millions or billions), doesn't mean the bio weapon tale is true either. Yes he is in on it all, I am well aware of that. Gary, yes, there is a lot of reports out there stating that fraudchi did fund that lab and all Christpher said. Google it! You dont need him to reply, seek it out yourself and read all links that come .
Points to be made are there are other stories that are similar or related to that bio weapon one and all the assumptions all have tentacles to these fraudchi funding and his cabal gates the psycho murderer included. That is distraction and confusion of which I know well being trained to recognize it in all forms by my own government 10 years ago. So I know what I say and see and that bio weapon story is distraction but does have pieces of truth in it yes.

So, because no one anywhere I ask this can provide me with a logical solid answer, that is my answer,that I am correct to know this virus is the biggest criminal hoax EVER perpetrated on people of this earth in history!!!! Means we have a long hard road of resistance and perseverance to commit to in order to save ourselves from lunatics with big power money grabs and big powerful guns! Know that. Still open to anyone who can answer my questions.
There are no live viruses. Technically virus means poison, causes a disease. If it was as said, pathogens DO NOT JUMP SPIECES! So you cant get a contagious pathogen from a bat, impossible naturally. That's it. Nothing else can be true since it all stems from those first 2 origins.
As for Beirut, what was the detonator!??? Amonia nitrate does NOT just blow up without a detonator cause. I was also trained in bombs by my government. Thank you Gary!