Don't believe a word they say: US, China and Israel governments and NATO knew about Covid-19 way back in November 2019 and we were only told 2 months later because a group of Chinese doctors blew the whistle 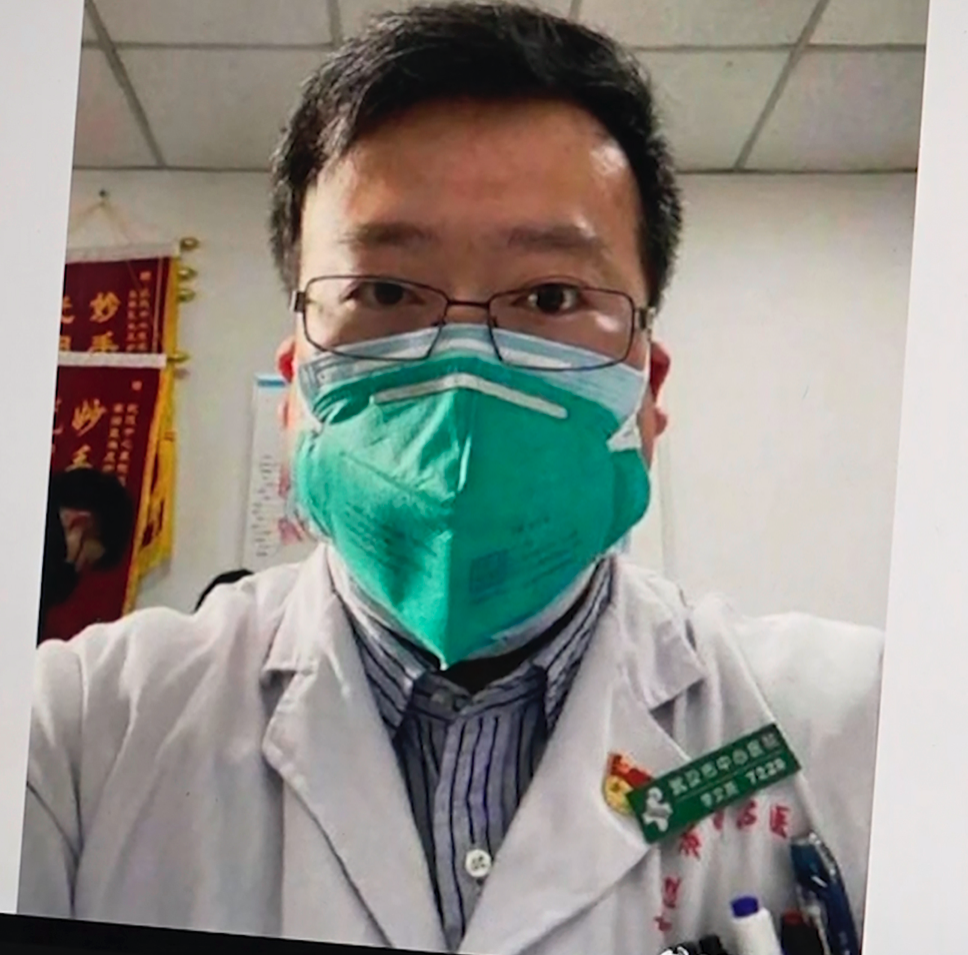 This image from video shows a selfie of Dr Li Wenliang. The doctor who got in trouble with authorities for sounding an early warning about the coronavirus outbreak and who consequently died from the disease AP

As I write this post, 2 and 1/4 million people are infected in more than 200 countries including more than 150,000 dead from the deadly Covid-19 virus. As the US and China continue to blame each other over the coronavirus outbreak the clearest indication yet reveals that the American intelligence service and the Chinese Government were well aware of its clear and present danger way back in November 2019.

According to i24NEWS, the US government reportedly gave Israel advanced warning over the emerging threat the coronavirus posed in China around mid-November. According to Israeli broadcaster Channel 12, US intelligence agencies became aware of the danger posed by COVID-19 which later battered the central city of Wuhan in China's Hubei province. The information was then handed over to the White House, “which did not deem it of interest,” according to Channel 12.

Despite the Trump administration's dismissal of the information, US intelligence decided to warn its close allies of the contagious disease, specifically NATO and Israel. Channel 12 reported that the impact of COVID-19 on Israel and the larger region was discussed at length by Israeli military officials. “Still in November, the IDF held a first discussion regarding what impact this unknown disease would have were it to reach the Middle East. How would we be affected? How would it affect our neighbours? As you can imagine, the information [on the virus outbreak in China] did not remain solely with the IDF. The news shortly "reached Israel’s decision-makers and the Health Ministry," where ultimately “nothing was done,” according to Channel 12.

Equally, damming, if the US knew about the outbreak as far back as November 2019, why did China's president, Xi Jinping wait until December 31, 2019, to announce to the world of the threat of a pandemic? Chinese Health officials informed the WHO about a cluster of 41 patients with mysterious pneumonia, however, Chinese officials only released the news because of a report on a popular forum from a group of whistleblowers had tried to alert the world.

So on January the 1st, 2020, around two months after the US, China and Israel governments and NATO knew what was unfolding, China decided to tell the world the dangers of the new deadly coronavirus pandemic.

We can't believe a word they say

Fox News reported Wednesday that sources speaking on the condition of anonymity said Chinese researchers in Wuhan were working on the virus as part of an ongoing effort to demonstrate that their capabilities are comparable to those of U.S. scientists – not as an effort to develop or spread a bioweapon.

In March,  CNN reported, A prominent Chinese official has promoted a conspiracy theory that the United States military could have brought the novel coronavirus to China -- and it did not originate in the city of Wuhan, as thought. Posting to his more than 300,000 followers on Twitter, Foreign Ministry spokesman Zhao Lijian republished a video of Robert Redfield, the director for the US Centers for Disease Control and Prevention, addressing a US Congressional committee on March 11. In the clip, Redfield said some influenza deaths in the US were later identified as cases of Covid-19, the disease caused by the novel coronavirus. "CDC was caught on the spot. When did patient zero begin in the US? How many people are infected? What are the names of the hospitals? It might be the US army who brought the epidemic to Wuhan. Be transparent! Make public your data! The US owes us an explanation!" the Foreign Ministry official said. Hundreds of athletes from the US military were in Wuhan for the Military World Games in October 2019.

The Washington Post reported Wednesday on 2-year-old leaked State Department cables that raised concerns about the risk of a new pandemic due to safety and management weaknesses at a lab in Wuhan that was working on bat coronaviruses and their potential transmission to humans. A spokesman for China's foreign ministry said Thursday that the World Health Organization has indicated there is no evidence that a virology lab in Wuhan was the source of the virus. Most health experts believe the virus first spread from that region of China, perhaps from a wet market.

Professor Luc Montagnier, 2008 Nobel Prize winner for Medicine, claims that SARS-CoV-2 is a manipulated virus that was accidentally released from a laboratory in Wuhan, China. Chinese researchers are said to have used coronaviruses in their work to develop an AIDS vaccine. HIV DNA fragments are believed to have been found in the SARS-CoV-2 genome. We knew that the Chinese version of how the coronavirus emerged was increasingly under attack, but here’s a thesis that tells a completely different story about the Covid-19 pandemic, which is already responsible for more than 150,000 deaths worldwide. ZH

in the usa, we can't believe anything. adam schiff constantly lies. it the little boy who cried wolf story. its a a dam shame. if trump really knew for sure, he'd warn us. our government is split between good and bad.

" Don't believe anything they say" Those are great words !! Yes, there are very few of us left who don't believe " ANYTHING " they say, but the rest of us Canadians are so dumbed down, so stupid, so completely out of it that we don't understand anything anymore. Trudeau said today, that ground forces are deployed in Quebec and Ontario so that they can "HELP OUT. " HELP OUT WITH WHAT!!!! we're all in side. Some retard on the main stream media said, isn't this fantastic gas prices are the lowest they've been in decades but what good is it " WE'RE ALL INSIDE. " People please wake up !! This is exactly how it went in Germany. The nazis would deploy a few S S on the streets,and get everybody to except it. Then they'd put a few more out there. Then the road blocks came.. Then house to house searches and we all know what happened next. This may not be a nice thing to say, but I'm PISSED. Canadians are like dildo's stuck in neutral. Gary you can take the last part off if you want. I've just totally had it with dumb people. Or take the whole thing off.

Hi Bob, Gary and others. In the USA we call those dumb people Sheeple. It has been said that 90% of the population are Sheeple. This includes mindless military order followers. No offence intended,I am a Navy/Marine Core Hospital Corpsman Veteran of 4 years service. We have all heard of one percenters such as the 1% Rich, 1% Bikers, 1% Gangsters and Thugs, and we know 4% of the population are Sociopaths. So that leaves 3% of us who are awake questioning all the prapganda, deception and bold faced lies being spewed by the leaders of the world, laim stream media and their Satanic, Globalist Pedophile , Puppet Masters. The Silver lining is more people are waking up to the hard truths we all face. Biological Warfare is upon us in the forms of Geoengineering, 5G, and a weaponised Covid-19. All that plus a collapsing Biosphere. The Globalist declared War on Humanity decades ago and now their sceams are being revealed to the masses. War is upon us and we must act accordingly. Keep your faith in God and your fellow brothers and sisters as we rise to overcome the evil and tyranny that besiege us and our planet. Take Care.