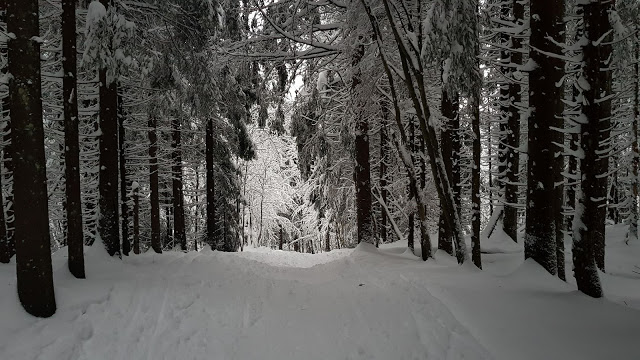 Winterwonderland...Oslo, Norway in the winter should look like this, credit Christiaan Breur. The Big Wobble

While Norwegians are usually skiing this time of the year with temperatures under zero parts of the west coast yesterday enjoyed an early feel of summer weather thanks to a remarkable rare early January heatwave. Warm records tumbled yesterday as Norway and Scandinavia recorded its warmest January day on record when the mercury hit an astonishing 19 deg C, (66 deg F), an incredible 25 deg C, above the monthly average.

The highest temperature of 19C (66F) - more than 25C above the monthly average - was measured in the village of Sunndalsora. This makes it Norway's warmest January day since records began. While many were enjoying the warm weather, there are concerns that it is another example of climate change. "It's a new record for warm weather here... People [have been] out in the streets in their T-shirts today," Yvonne Wold, mayor of the municipality of Rauma, who had taken a dip in the sea earlier in the day, told the BBC. "A lot of people are usually skiing at this time. Not exactly much of that today," she added. BBC forecaster Peter McAward said the previous January high in Sunndalsora was 17.4C. It also breaks the record for any winter month (December to February) in Scandinavia, he adds. The area also held the December (18.3C) and February (18.9C) Norway maximum records.

Meanwhile, Christmas was so mild in Moscow authorities dumped thousands of tons of artificial snow onto the streets of the capitol after the Russian capital city enjoyed its mildest Christmas since 1888.