There she blows! The Reventador volcano Equador's colossus gives off a spectacular volcano eruption, belching lava flows down her slopes (Video) 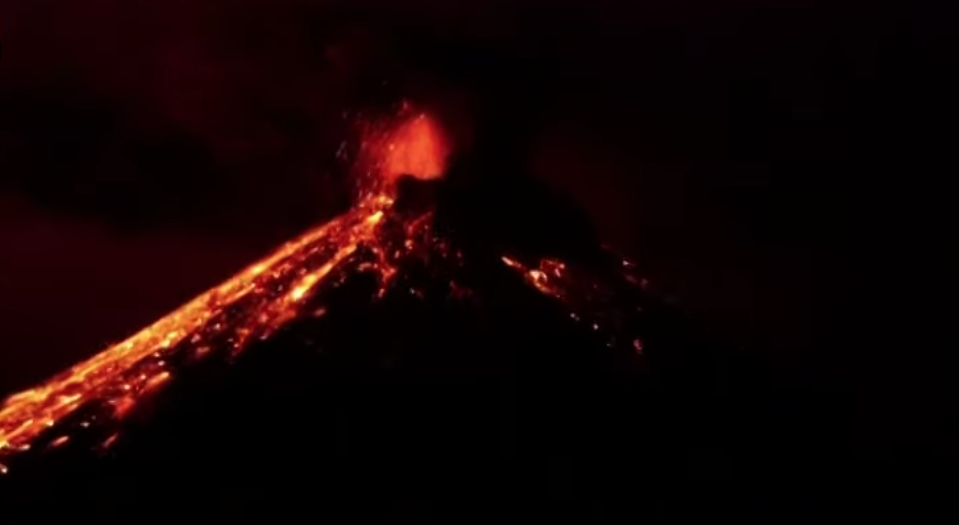 The volcano erupted spectacularly in Ecuador. Lava flows run down the slopes of Mount Reventador. There are no directly threatened people because the volcano is one of the country's most remote, located in Ecuador's Amazon region, but the previous big eruption has caused problems. It was 15 years ago and the ash reached a height of as much as 17 kilometres. The ash also reached the capital Quito. More than 2 million people were affected by the eruption. Novonite.com

The Reventador volcano (3562m) is a rarely documented andesitic stratovolcano located in a horseshoe-shaped caldera in the Amazonian highlands of Ecuador. Its massive explosive eruption of 2002 which was accompanied by pyroclastic flows threatened nearby oil pipelines. Presently, Reventador is again in an explosive phase, with powerful strombolian eruptions occurring from vents in the summit crater. This activity was documented from various viewpoints during day and night in early Dec. 2017. Ejection of copious lava bombs, ash clouds, small pyroclastic flows around the summit and volcanic lightning were all documented. Full story