Parts of Europe among the wettest in the world: More than 4 months rain fell in just a 24-hour period. Storm Elsa batters Spain and Portugal overnight: Storm Fabien on its way: UK flooded again 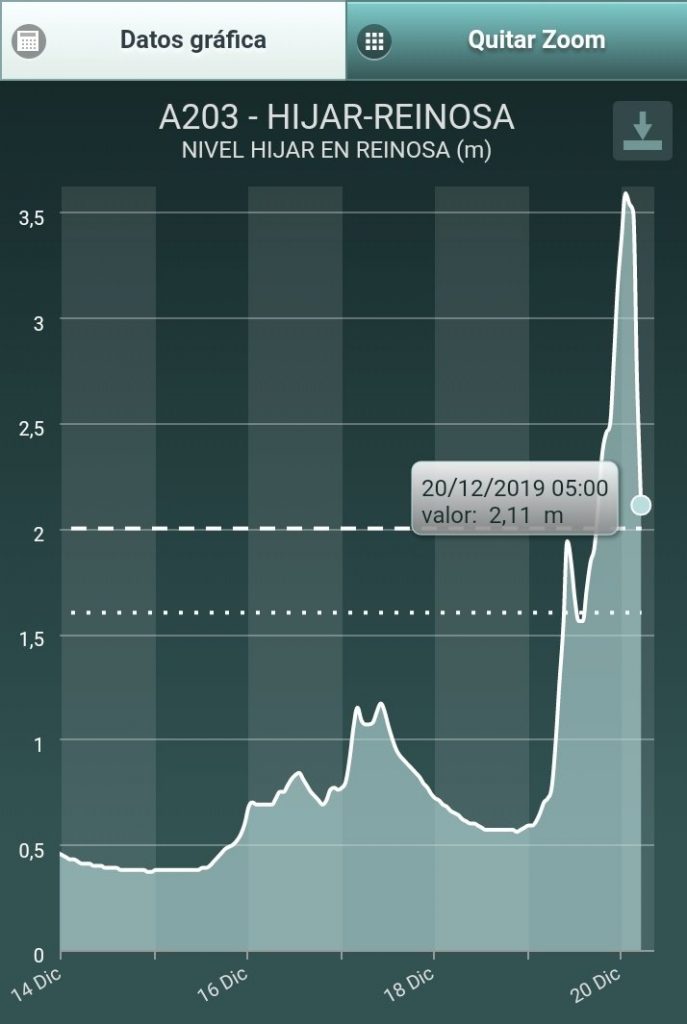 As the UK and Europe suffer yet another round of torrential flooding just days before Christmas, four European countries were in the top ten wettest places in the world list during the last 24 hours.
At no 2 Grazalema, Spain had 327 mm, for our American friends, that is 13 inches. The 3rd wettest place in the world during the last 24 hours was Vogel in Slovenia with 215.6 mm, 8.1/2 inch. In 5th place, Penhas Douradas Portugal with 153 mm, 6 inches and 8th was Monte Settepani Italy 108 mm, 4 inches. The average rainfall in December for Grazalema, Andalucia is 76 mm, 3 inches, meaning more than 4 months rain fell in just a 24-hour period.

VIOLENT WINDS AND torrential rain battered Spain and Portugal overnight leaving at least four dead, rescuers said today, as the Iberian Peninsula braced for the arrival of another storm. In Portugal, one man died in a road accident caused by a falling tree 50 kilometres south of Lisbon, while another was killed when a house collapsed in Viseu, 300 kilometres north of the capital. A third man was also missing in the same area with rescuers fearing he had been swept away while driving his tractor near a flooded river. In Spain, a man died in a landslide in the northern mountains of Asturias where the winds reached 160 kilometres per hour, while another was killed when a wall collapsed in a park in the northwestern city of Santiago de Compostela. The Journal.ie

Although Storm Elsa had largely passed on by this morning, shipping links between Morocco and Spain in the Strait of Gibraltar remained suspended due to weather concerns. But the calm was not expected to last with Storm Fabien barrelling towards the region, bringing more high winds and torrential rain to Spain, Portugal and western France.

Destructive flooding swept the town of Reinosa in Cantabria, Spain, on Thursday, December 19, 2019. The flood came after the Hijar river, which passes through Reinosa and its tributary Izarilla, rose significantly and burst their banks. Residents describe the event as the worst in history, with blackouts also reported amid heavy rain and winds. Powerful river-like flood flowed through doors and garages, trapping at least 20 people in their homes and forcing other locals to evacuate. Emergency services said they received hundreds of calls. The crew working in the area have examined whether any more evacuations of residents in the worst-hit establishments are needed. The crew even asked residents to climb the highest levels of their homes as floods were expected to exceed the first story. An advanced command post has been installed in Reinosa, with officials working all day to contain the flood. The Watchers


Heavy rain and strong winds hit parts of southern England from 18 to 19 December 2019, causing flash flooding which damaged homes and disrupted transport. The worst-hit area was Hayle in Cornwall, whereas many as 50 homes and businesses were flooded. Cornwall Fire and Rescue were called in to help pump flooded areas. A major road near Hayle was closed due to flooding, prompting Devon and Cornwall Police to declare a major incident. Several vehicles were stranded in the floodwater. The road has since re-opened. Devon and Cornwall Police said: “Due to recent heavy rain there is localised flooding across Devon and Cornwall making a number of roads impassable. Rail travel was disrupted after flooding near Southampton blocked railway lines and heavy rain triggered a landslip blocking railway tracks in Liss, Hampshire.
The UK’s Met Office has issued Yellow Level warnings for rain in parts of southern and eastern England until 22 December. As of 20 December, there were 47 flood warnings and 194 flood alerts in place across England, mostly in the south and west. Floodlist 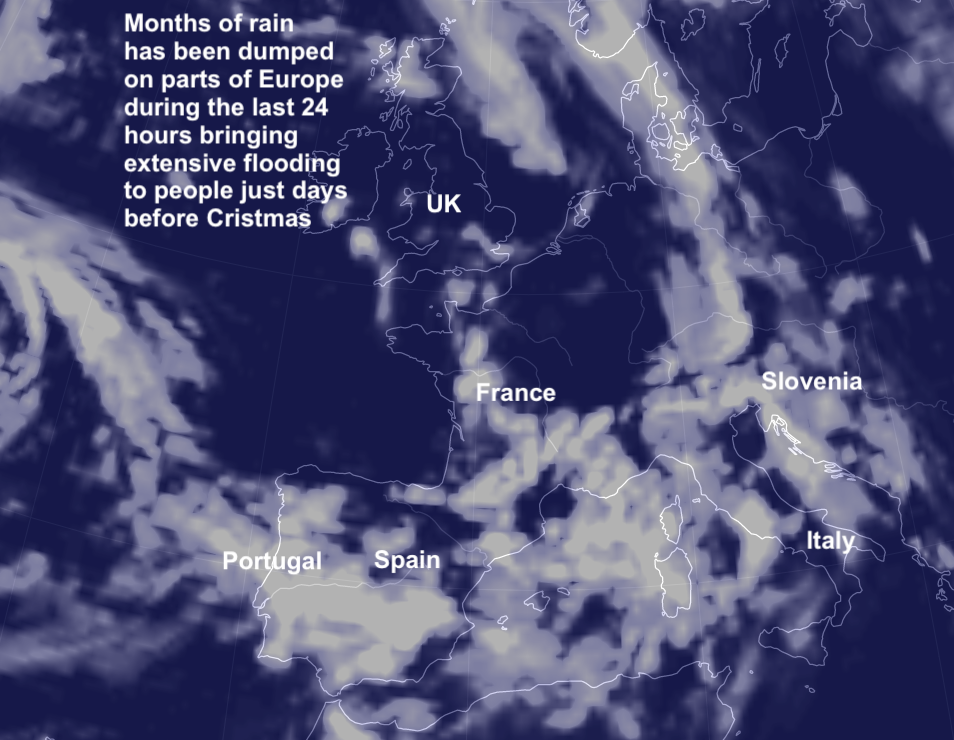 Earthwindmap showing the enormous amount of rainfall over parts of Europe during the last 24 hours.

Roads and trains in Kent, Surrey and Sussex are closed by rain. About 36 hours of heavy rain has caused widespread disruption across the South East. The M23 was closed in both directions after it flooded near Gatwick, and flooded tracks, landslips and a fallen tree have hit rail services. With more rain forecast, several weather warnings are in place.