Aussie Bushfire Update No 11: Fire-generated thunderstorms reported: Friday again the hottest place on the planet: Many Fires started deliberately! (what about the 1896 heatwave?) 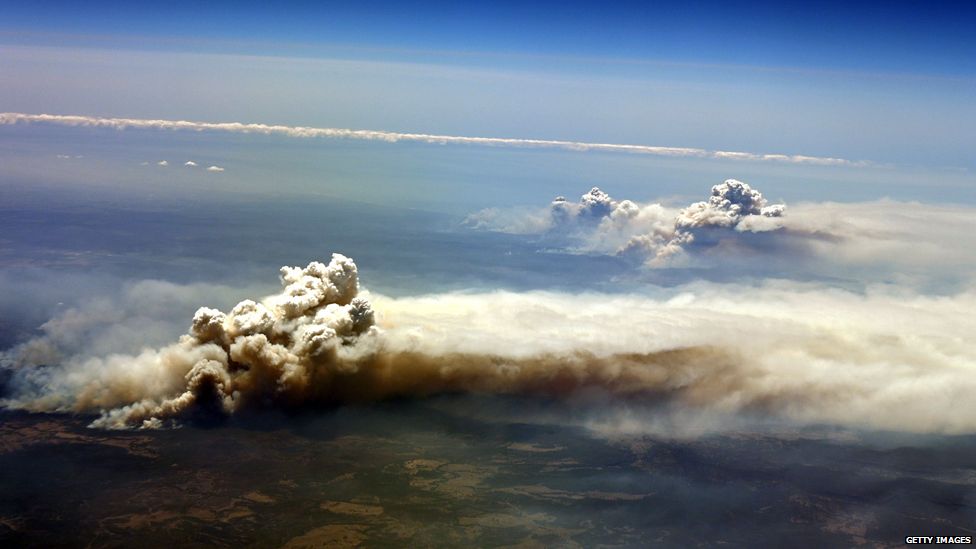 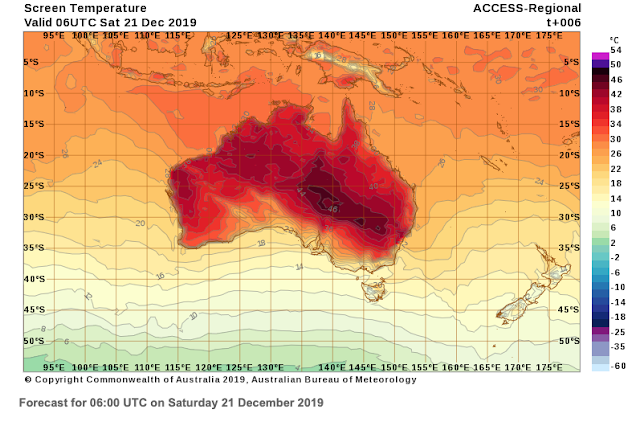 Flames up to 70m (230ft) in height have been reported, higher Sydney's famous Opera House building. So are bushfires getting worse? Many Australians are asking that very question and whether these fires are linked to climate change - but the science is complicated. Scientists have long warned that a hotter, drier climate will contribute to fires becoming more frequent and more intense. Australia's deadliest bushfire disaster was "Black Saturday" in February 2009, when some 180 people died in Victoria. Data shows that Australia has warmed overall by slightly more than 1C since 1910, with most of the heating occurring since 1950, the Bureau of Meteorology says. BBC

In the late 19th century, Australia was struck by a heatwave so intense that 435 people were killed and hundreds more were sent fleeing for their lives. Bourke, NSW, is recorded as hitting 48.9C three times in 1896, with a maximum temperature of 38C for over three weeks straight but climate scientists say the methods used to record temperature in 1896 were flawed and heatwaves today are hotter. They say the high death toll in 1896 was due to the community being much more vulnerable to heat events. The 1895-1896 heatwave during the Federation Drought holds the record as Australia's deadliest heatwave, closely followed by 2009, which recorded at least 432 heat-related deaths. The town of Bourke lost at least 40 people — 1.6 per cent of its population — during the 1896 event, while Sydney authorities reported hospitals at breaking point and pedestrians collapsing in the streets. ABC

A state of emergency remains in place as NSW is hit with scorching temperatures, once again Australia was the hottest place in the world occupying the top 15 places of the El Dorado Weather World's hottest temperatures in the last 24 hours, see chart below, with Munkora the hottest with a temperature of 49. 3 deg C, (121 deg F). 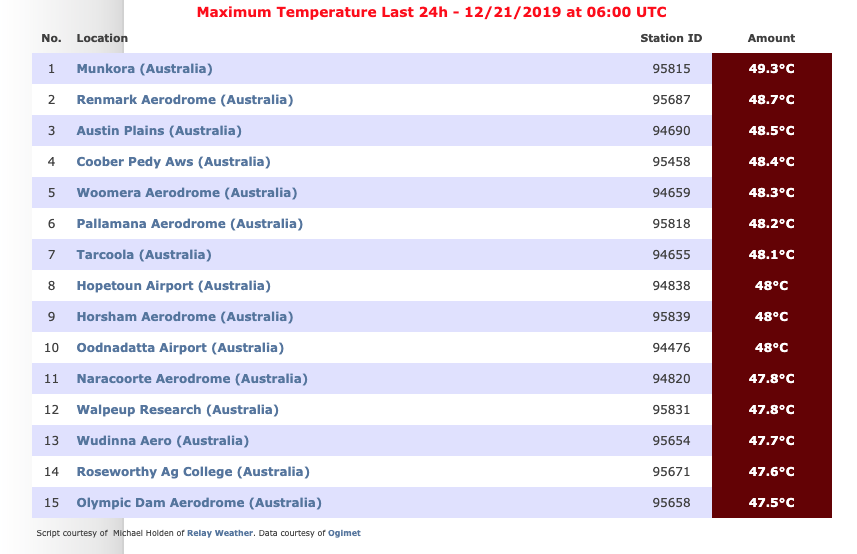 "The air pollution in NSW (New South Wales) is a public health emergency," the Climate and Health Alliance have claimed. "Smoke from bush fires has produced air pollution of up to 11 times the base 'hazardous' level in parts of Sydney and New South Wales," it said. "Bush fire smoke is particularly hazardous because of the high levels of tiny particles (PM2.5)." See map below. 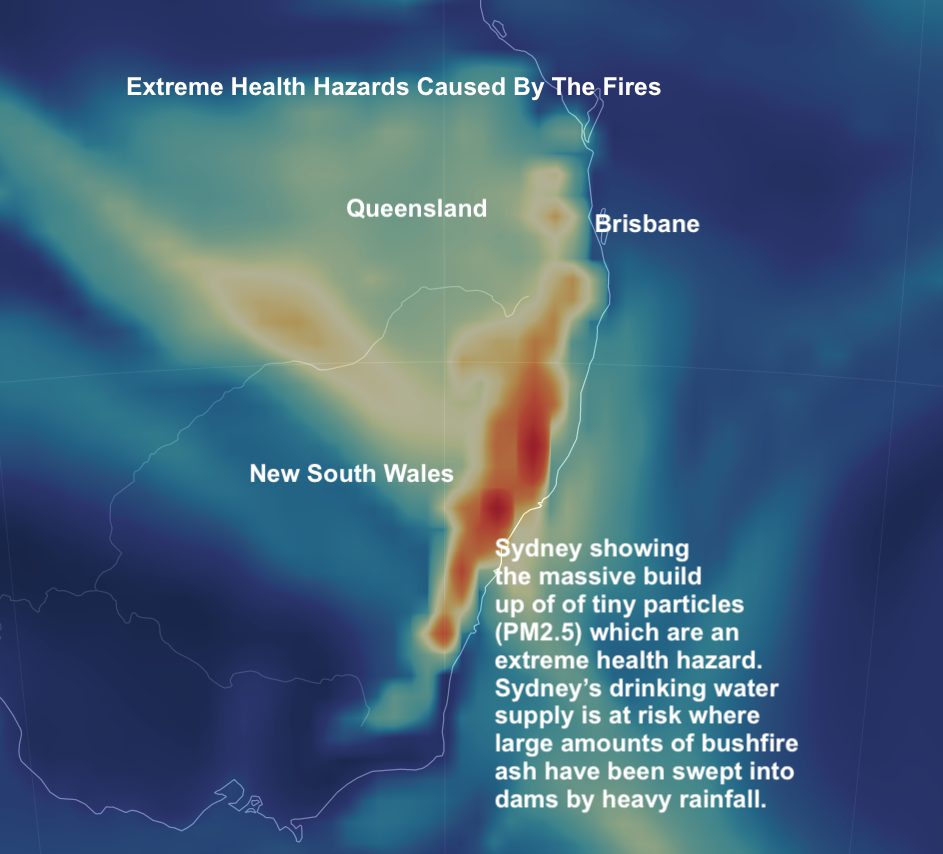 The Ambulance Service said it has responded to 489 heat-related incidents by Friday afternoon with 315 resulting in people being taken to hospital. However, health authorities said there were yet to see any reports of heat-related deaths.

Almost 100 firebugs have deliberately started blazes across Queensland that have destroyed homes and consumed thousands of hectares of bushland. Some 65 fires continue to burn across the state on Friday, jumping from 55 reported on Thursday, as the fire threat deepens heading into the weekend. As firefighters remain on high alert, police revealed 103 of the destructive fires that have lashed Queensland since September were deliberately lit. Figures obtained by AAP reveal 98 people - 31 adults and 67 juveniles - have been dealt with by Queensland police for deliberately setting fires. A 16-year-old boy was found to have started a fire that razed 14 homes in central Queensland and dealt with under the state's Youth Justice Act. 9News