For the 21st time this year the Philippines prepare for a typhoon! Typhoon Phanfone expected to make landfall on Xmas day: Monster Typhoon Kammuri killed ten earlier this month 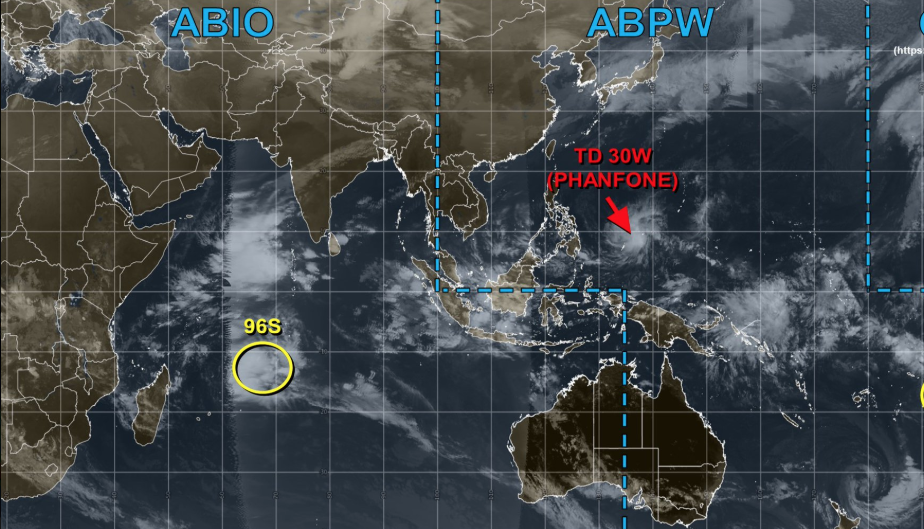 2 Systems with Low Chances to Develop are in the Southern Pacific Ocean and the Southern Indian Ocean... and to the north, Tropical Storm Phanfone developed. Joint Typhoon Warning Centre.

The death toll from the monster Typhoon Kammuri that hit provinces south of the Philippine capital Manila earlier this month rose to 10. Winds gusted up to 200 kph (124 mph) damaged homes and structures and left 350,000 people in evacuation centres. The monster storm, barreled through the central islands south of the capital.