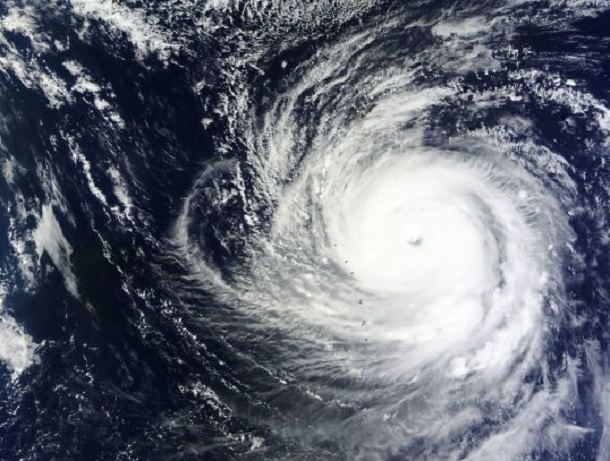 Credit NOAA
More than a million people have been evacuated as Super typhoon Lekima smashes into eastern China Saturday
At least 13 people have so far been killed and 16 were reported missing in eastern China on Saturday in a landslide triggered by the major typhoon.

According to the BBC, Lekima made landfall in the early hours of Saturday in Wenling, between Taiwan and China's financial capital Shanghai. The storm was initially designated a "super typhoon", but weakened slightly before landfall - but still had winds of 187km/h (116mph).
Lekima is now slowly winding its way north through the Zhejiang province and is expected to hit Shanghai, which has a population of more than 20 million. Emergency crews have battled to save stranded motorists from floods. Fallen trees and power cuts are widespread.

Authorities have cancelled more than a thousand flights and cancelled train services as the city prepares for the storm. It is expected to weaken further by the time it reaches Shanghai, but will still bring a high risk of dangerous flooding.

The city evacuated some 250,000 residents, with another 800,000 in the Zhejiang province also being taken from their homes. An estimated 2.7 million homes in the region lost power as power lines toppled in the high winds, Chinese state media said. It is the ninth typhoon of the year, Xinhua news said - but the strongest storm seen in years.

Lekima is one of two typhoons in the western Pacific at the moment. Further east, Typhoon Krosa is spreading heavy rain across the Northern Mariana Islands and Guam. It is moving north-west and could strike Japan sometime next week, forecasters said.

Some 200 houses in six cities in Zhejiang had collapsed, and 66,300 hectares (163,830 acres) of farmland had been destroyed, CCTV said.
The storm was predicted to reach Jiangsu province by the early hours of Sunday and veer over the Yellow Sea before continuing north and making landfall again in Shandong province, CCTV said. Coastal businesses in Zhejiang were shut and the Ministry of Emergency Management warned of the potential risk of fire, explosions and toxic gas leaks at chemical parks and oil refineries.