80 people have died from the heat and over 35,000 have been hospitalised in Japan since July with temperatures surpassing 40 deg C, (104 deg F) 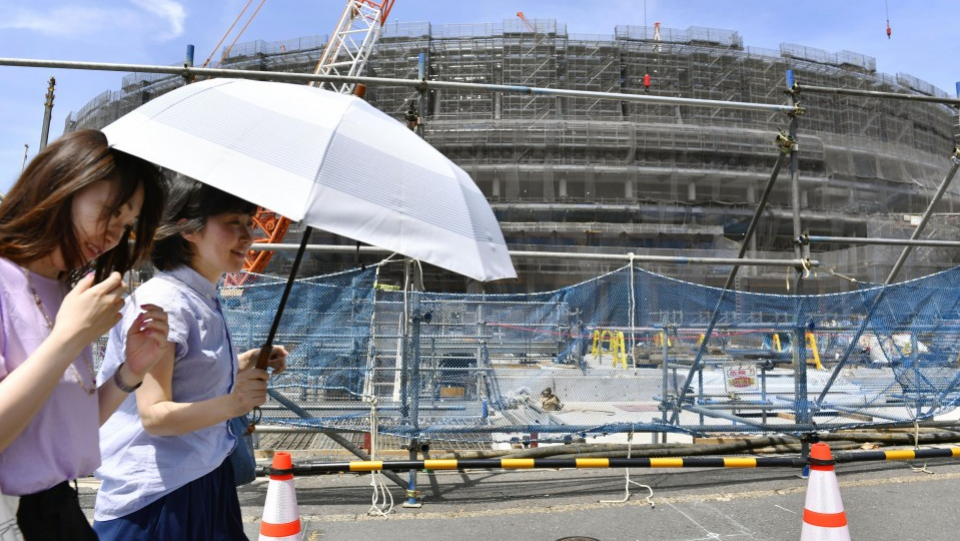 A worker at a Tokyo 2020 Olympics construction site has collapsed and died, organizers said, reportedly of heatstroke as the Japanese capital swelters through a blistering heatwave with temperatures above 40 deg C, (104 deg F).
The 50-year-old man was found lying on the ground on Thursday afternoon at the site where he had been laying electric cables.
Tokyo's hot and humid weather is a major concern for Olympic organizers, particularly after the heatwave that engulfed the city last year.
After a long rainy season this year, the Japanese capital has again been hit by a deadly heatwave and last week more than 22,000 people had been hospitalized nationwide due to the weather with 65 dying.
Organizers have come up with a variety of cooling methods ranging from misting sprays and fans, to potted flower fences that organizers say help "psychologically" cool those around.
They have also moved up the starting times for some sports, including the marathon, over fears for athletes' well-being.
In the week to Sunday at least 65 people died of heatstroke while 22,647 people were hospitalized, the Fire and Disaster Management Agency said in a statement.
Both figures are "the worst-ever for any week during summer" since the agency began recording fatalities resulting from heatstroke on July 2008, an agency spokesman said.
The Fire and Disaster Management Agency said Tuesday that a total of 80 people have died from the heat since the beginning of July, and over 35,000 have been hospitalized.
Among those killed was six-year-old school boy who lost consciousness on his way back from a field trip.
"As a record heatwave continues to blanket the country, urgent measures are required to protect the lives of schoolchildren," top government spokesman Yoshihide Suga told reporters Tuesday.
The government said it would supply funds to ensure all schools are equipped with air conditioners by next summer.
On Monday, the city of Kumagaya in Saitama outside Tokyo set a new national heat record, with temperatures hitting 41.1 degrees Celsius (106 Fahrenheit).
And temperatures over 40 degrees were registered for the first time in Tokyo's metro area, where the government is promoting Uchimizu, a tradition where water is sprinkled onto the ground, as part of a summer heat awareness campaign.

Authorities in Holland are claiming the recent heatwave there which broke the country's hottest temperature ever two days running claimed the lives of 400 people.
Dutch national statistics agency, CBS, said a total of 2,964 people died during the week commencing July 22.
This marks a 15 per cent spike compared to an average summer week in the country.
Three-quarters of the total were elderly people over 80 years of age.
Temperature records tumbled across Europe during the heatwave, and for the first time since records began topped 40°Celsius (104°F) in the Netherlands on July 25.