Huge storms across the planet cause chaos this weekend: Nearly 200 dead! Tornadoes in Europe: China hit by third-largest typhoon in its history: 107 dead in India 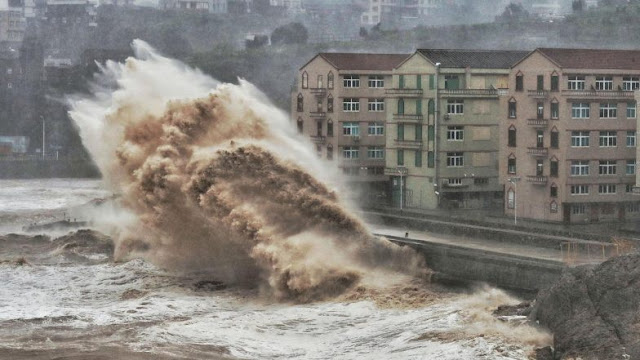 Just a couple of weeks after a historic, record-breaking heatwave devasted Europe, a very rare summer storm has battered Europe this weekend.
Huge storms across the planet this weekend have been astonishing.
Very rare in Europe but increasing yearly, tornadoes raged from Luxembourg to Amsterdam causing chaos. In Alkmaar, just north of, Amsterdam home of The Big Wobble, the city's football team, AZ Alkmaar will be needing another venue in the coming weeks after part of the stadium roof collapsed due to the powerful winds. 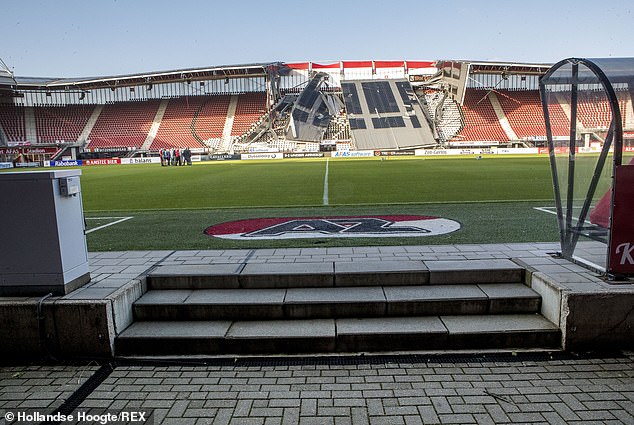 Germany Belgium and France were also battered by high winds.
Severe weather warnings have already led to the cancellation of a number of outdoor events in Britain this weekend. Britain is set to be hit with more torrential downpours next week following a deluge of floods and 60mph winds - as the country gears up to be the wettest August on record. 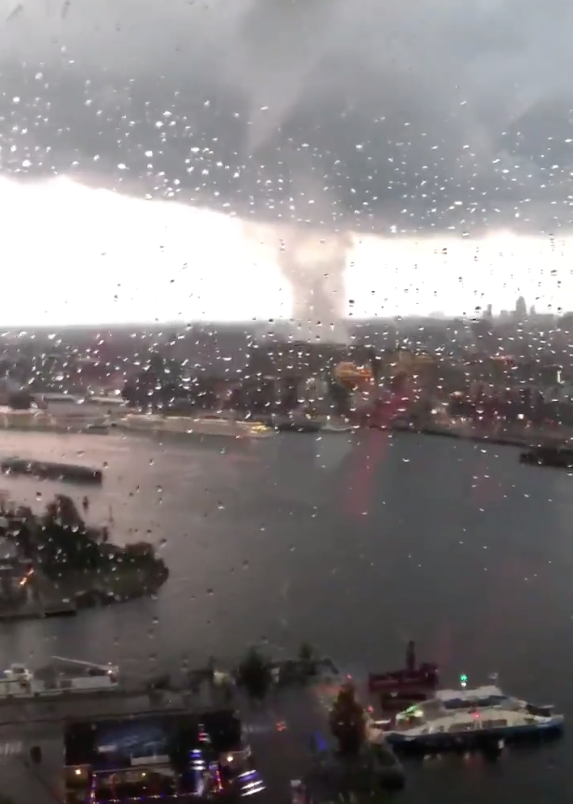 High winds and high temperatures were responsible for dozens of wildfires breaking out in Greece, officials said.

Outside of Europe, the death toll from floods in Karnataka, Kerala and Maharashtra, India rose to 95, official figures showed on Saturday, as heavy rain and landslides forced hundreds of thousands to evacuate their homes.
Another 12 people were killed and 22 suffered injuries in rain-related incidents across Khyber Pakhtunkhwa (KP) province, the Provincial Disaster Management Authority (PDMA) confirmed in a report. The casualties, including two women and three children, were caused by roof collapse and landslides. The deaths were reported in Lower Dir, Buner, Shangla, Malakand, Swat, Orakzai, Torghar, and Bajaur. The heavy rains also destroyed and damaged several houses.

Meanwhile, Reuters reported, rescue workers pulled bodies from the rubble of homes in a village in Myanmar on Saturday where a landslide a day earlier killed at least 32 people, with dozens still missing. Heavy rain caused the landslide in Thaphyu Kone village, in the southern Mon state, sending mud crashing into a cluster of houses and burying residents.

China was struck by the third-largest typhoon in its history on the morning of August 10.
Typhoon Lekima triggered widespread blackouts, flight cancellations, and evacuations across major cities, but by far the most devastating effect was a landslide that killed at least 18 people and left 14 missing.
The storm is now approaching Shanghai, the nation's financial capital, which is home to more than 20 million people.
Take a look at the devastation thus far.
The tropical depression (essentially a group of thunderstorms) originated in the Philippine Sea.
Five days later, on August 7, it morphed into a super typhoon, with a wind speed of at least 150 miles per hour.
The Red Cross estimated that more than 17,000 households in the Philippines were affected by the disaster.
China uses a colour-coded system to inform citizens about weather conditions.
Before the storm made landfall, China's weather bureau issued a "red alert" - the most severe type of warning.
Evacuees included more than 250,000 residents in Shanghai and 800,000 residents in China's Zhejiang province.
An estimated 200 homes in the Zhejiang province also collapsed due to the storm.
round 2.7 million of the province's households endured blackouts as the storm-ravaged electricity lines.
The storm is now headed toward Shanghai, a city with more than 20 million people. Lekima is the third-largest typhoon on record in China.
Meanwhile, Typhoon Krosa is following the 3rd most powerful typhoon ever to hit China, Supertyphoon Lekima.