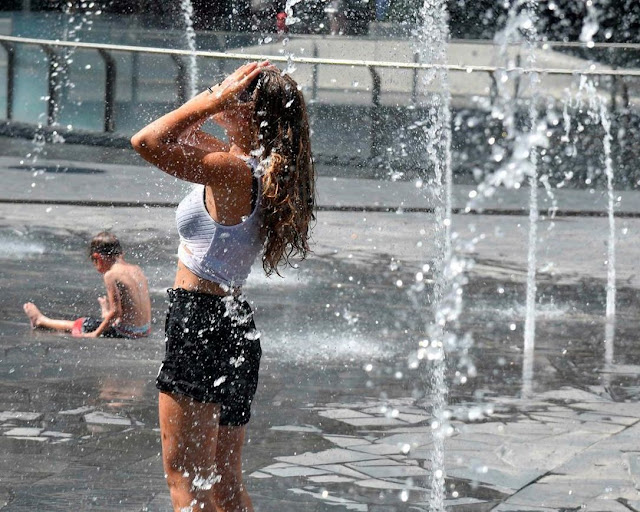 The Netherlands is preparing for the third tropical day in a row.
On Thursday it is expected to be even hotter than in recent days with temperatures to hit an all-time record of 40 degrees C (104 deg F).
Due to the extreme heat, the KNMI has announced code orange; according to the weather institute, the code orange warning is in place at least until Saturday evening.

Meanwhile, the temperature in Belgium struck 39.9 degrees C (103.82 F), smashing the country's previous high of 36.6 degrees C (97.88 F) in June 1947 in records dating back to 1833, according to David Dehenauw, the head of forecasting at the Royal Meteorological Institute.
It was set to be even hotter on Thursday.

Germany's weather service said a new record of 40.5C - just 0.2C higher - had been set in Geilenkirchen, near the Belgian and Dutch borders.
The new German record was still to be confirmed, it said, warning that it could get even hotter on Thursday.

The highest temperature recorded in Paris, 40.4C in 1947 - is expected to be surpassed on Thursday.

Luxembourg is on red alert for the south and the capital - with temperatures possibly climbing higher than 40C on Thursday.

In the UK, temperatures are predicted to exceed 35C and could be the highest ever recorded