Another powerful magnitude 6.9 off the island of Sulawesi keeps the Pacific Ring Of Fire rumbling: 5th major quake to strike July in the first 7 days 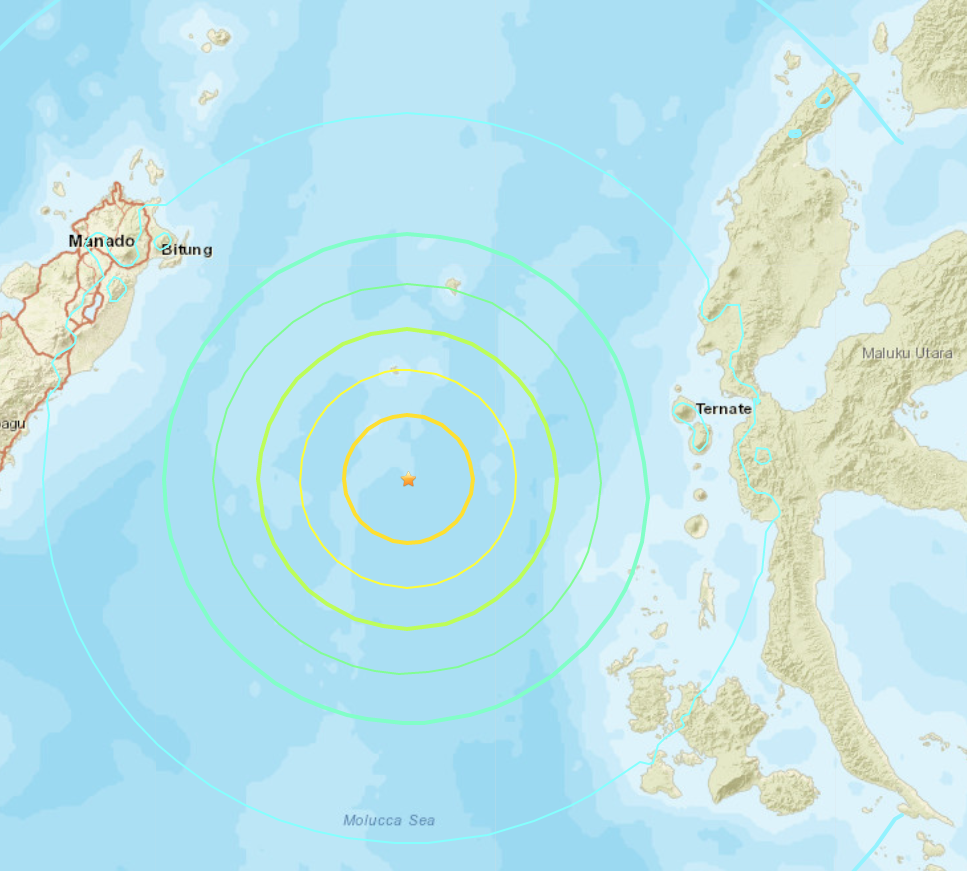 The Pacific Ring Of Fire continued to rumble yesterday with yet another powerful quake.
There were no reports on Monday of major damage in Indonesia from a weekend earthquake of magnitude 6.9 off the northeastern coast of the island of Sulawesi, and authorities lifted a tsunami warning.
The quake, late on Sunday, struck out at sea at a depth of 36 km (22 miles) with several smaller aftershocks, geophysics agency BMKG said.
According to Reuters, tremors shook buildings, alarming residents of some cities and authorities urged people to move to higher ground.

Yesterday's powerful quake is the 5th major quake to strike in July in the first 7 days and with the large uptick in volcanic activity around the Pacific Ring Of Fire in the last couple of weeks is a major worry for scientists.2019 looks set to be a bumper year for major quakes with this year's total of 82 now almost double the amount of 2018 up to the same time period.