An earthquake of magnitude 6.0 struck the Balleny Islands region brings the total of major quakes (mag 6+) to 88 in 2019 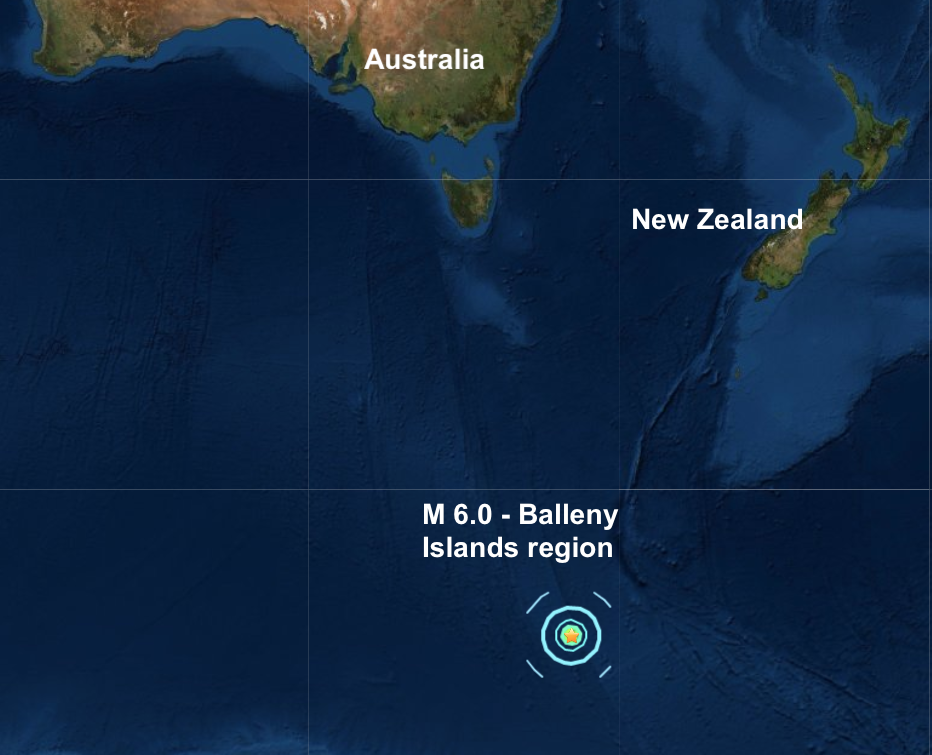 An earthquake of magnitude 6.0 struck the Balleny Islands region in the South Pacific the United States Geological Survey said this morning.
There were no immediate reports of damages or casualties in the quake, which the agency said hit at a depth of ten kilometres.
This morning's quake brings the total of major quakes (mag 6+) to 88, incredibly all but 7 of them striking the Pacific Ring Of Fire.
This mornings quake was the 11th major quake of July.

A magnitude 4.2 - struck south of Twentynine Palms, Southern California yesterday.
Meanwhile, the mass swarm of aftershocks in Southern California after the mag 7.1 and 6.6 quakes earlier this month is still very active but slowing down, in the last 24 hours 592 quakes of all magnitudes struck the area...See graph below. 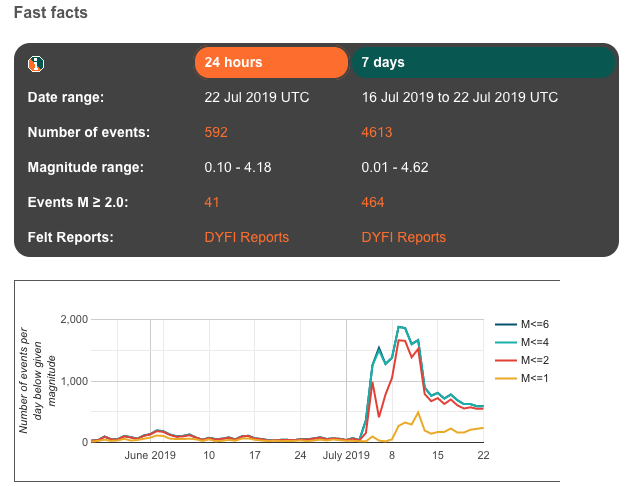 I hope everyone survived!