We no longer have a functional eco-system as the world's biodiversity is vanishing fast: The UN's Global Assessment report released later today 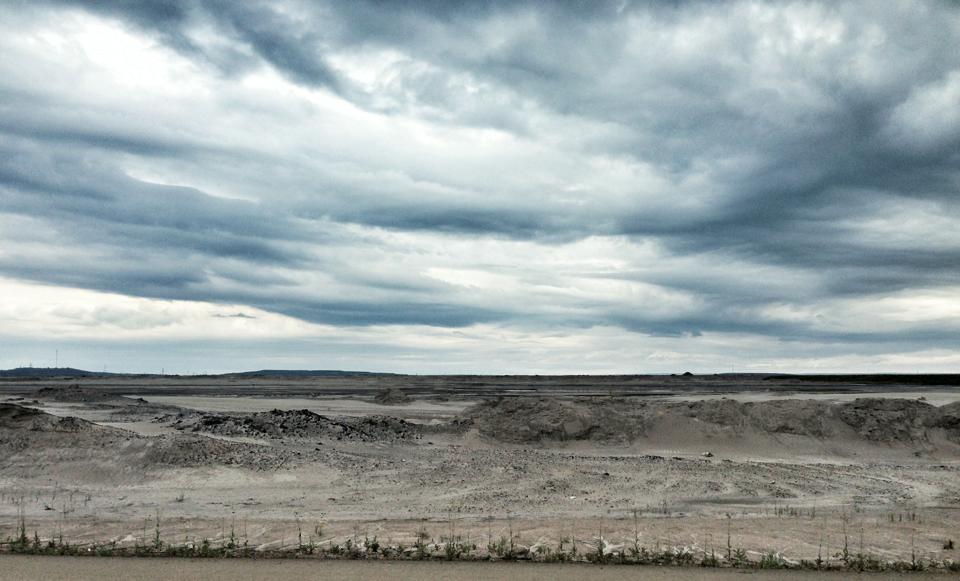 We no longer have a functional eco-system as the world's biodiversity is vanishing fast with one in four of all species is disappearing at an unprecedented, frightening rate.
Later today, the world's most comprehensive, and damning, report on the state of nature will be released on Monday in Paris.
The UN's Global Assessment will highlight the distressing impact that humanity is having on the natural world.
As regular readers of The Big Wobble will already know disappearing forests, the lungs of the world,  the plundering of the seas and soils, and the pollution of air and water have pushed the natural world to the brink of disaster.
The report from the UN will no doubt put a positive spin saying the situation is reversible if we all pull together, however, the truth is, mankind has crossed the tipping point, the damage we have inflicted on our planet is permanent and cannot be reversed because many species have gone forever with more than a quarter of all species including plants as well as animals and fish facing a similar destination.

An endurance swimmer Lewis Pugh completed a 330-mile swim along the length of the English Channel from Land's End to Dover last year but it wasn't his wonderful accomplishment which made the news but the fact during his week-long swim along the south coast of the UK he hardly saw any marine life.
After completing his swim Mr Pugh took to Twitter to call on the government to urgently strengthen marine protected areas around the UK and its Overseas Territories.
In a seven-part tweet the environmental campaigner and UN Patron of the Oceans wrote: 'During this swim, I've seen virtually no wildlife-aside from a few birds, a few dolphins and one turtle.
'I have also seen plastic on every beach from Land's End to Dover.
'We have taken the fish out of the ocean and replaced them with plastic.'

This week The Big Wobble has focussed on the frightening information regarding the state of our planet and it's messed up, we have learned, two-thirds of all animal and insect species will be extinct by 2020.
Imagine if the human population fell by 60%, that would be like emptying the America's, Europe, Africa, Oceania and China of people.
In just two years’ time, the World will have lost two-thirds of all wild animals.
Our oceans have warmed up at such an alarming rate they have absorbed 60% more heat than previously thought and we face in the near future oceans containing more plastic than fish.
Regular readers of The Big Wobble will be well aware of the state of our oceans because of our regular reports on the unprecedented fish die off's around the world recently and algae bloom's and pollution poisoning our oceans and waterways. Animal die-offs.
"We are facing a +3-4°C world and will condemn us to an uninhabitable planet," this week Oakland became the 3rd California city to declare a Climate Emergency.
We are looking at...

Two-thirds of all animal and insect species since 1980 will be extinct by 2020.
Imagine if the human population fell by 60%, well folks, it will, and the rest.
Our oceans are dying at a similar rate, in the not too distant future our oceans will be too warm for life, it can't be stopped, our oceans will be replaced with plastic.
One in five of the world’s plant species is threatened with extinction.
We are facing a +3-4°C world and will condemn us to an uninhabitable planet

Ask yourselves, have we as a civilisation crossed the tipping point, can our planet recover or is it too late: Today we look at the depressing fact, one in four of the world's plant species are at risk of extinction...
One in four of the world’s plant species is threatened with extinction, according to the first global assessment of flora, putting supplies of food and medicines at risk.
The State of the World’s Plants report written 2 years ago, by experts at the Royal Botanic Gardens Kew, revealed that there are currently 390,000 species of known plants, with more than 30,000 used by people.
However, more than 5,000 species have invaded foreign countries and are causing billions of dollars of damage every year.
“Plants are absolutely fundamental to humankind,” said Prof Kathy Willis, director of science at Kew, who led the new report.
“Plants provide us with everything - food, fuel, medicines, timber and they are incredibly important for our climate regulation.
Without plants, we would not be here.
We are facing some devastating realities if we do not take stock and re-examine our priorities and efforts.”
The report is the first of what will be an annual benchmark analysis to set out what is known - and not known - about plants and highlight critical issues and how they can be tackled.
According to the Guardian, the biggest factors threatening plant species with extinction are the destruction of habitats for farming (31%) - such as palm oil production and cattle ranching, deforestation for timber (21%) and construction of buildings and infrastructure (13%).
Climate change is currently a smaller factor - 4% - but is likely to grow.
“I suspect we won’t actually see the full impact until 30 years down the line as it takes so long for plants, especially trees, to produce their offspring,” said Willis.
One important crop that is already suffering is coffee, as rising temperatures make the beans impossible to grow and increase diseases in key countries such as Ethiopia.
"We are facing a +3-4°C world and will condemn us to an uninhabitable planet" and  Tipping point breached! The monarch butterfly has a 95% decline since the 1980s in North America.
Another frightening report was released by the journal, Nature, regarding Climate change: Oceans are 'soaking up more heat than earlier estimated'...
Regular readers of The Big Wobble will be well aware of the state of our oceans because of our regular reports on the unprecedented fish die off's around the world recently and the algae bloom's and pollution poisoning our oceans and waterways.

Don't take my word for it folks, do your own research, do a Google.