Another disaster unfolding for farmers! Hundreds of millions of pigs in danger as incurable swine fever sweeps through Eastern Asia 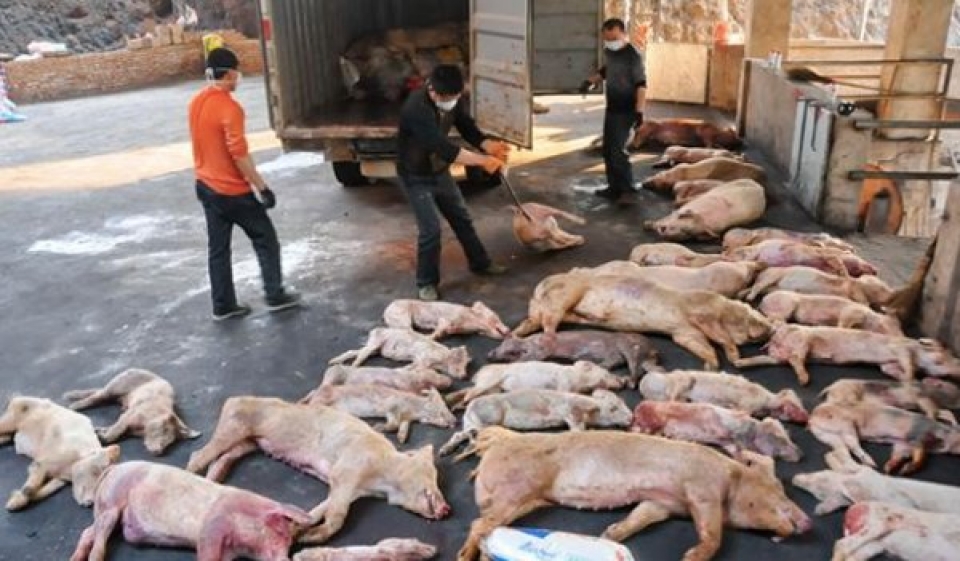 Vietnam has culled more than 1.2 million farmed pigs infected with African swine fever, the government said on Monday, as the virus continues to spread rapidly in the Southeast Asian country. Pork accounts for three-quarters of total meat consumption in Vietnam, a country of 95 million people where most of its 30 million farm-raised pigs are consumed domestically.
The virus was first detected in Vietnam in February and has spread to 29 provinces, including Dong Nai, which supplies around 40% of the pork consumed in Ho Chi Minh City, Vietnam's southern economic hub.
"The risk of the virus spreading further is very high and the evolution of the outbreak is complicated," the government said in a statement.
It said many provinces had failed to detect outbreaks and cull infected pigs properly due to a lack of funds and the space needed for burying the dead pigs.
The disease, which is harmless to humans but incurable in pigs, has also spread quickly across neighbouring China.
The United Nations Food and Agriculture Organization (FAO) in March advised Vietnam to declare the swine fever outbreak as a national emergency.

2019, will be the year when the farming industry began to unravel as China, who produce half of the world's pork is set to drop by almost one-third because 200 million pigs are to be culled or die from being infected as African swine fever spreads through the country.
According to Rabobank, China’s pork production is seen at around 38 million tonnes in 2019 versus 54 million tonnes last year, Sherrard told Reuters, citing the company’s latest forecast.
That would be the lowest level in at least 20 years, according to the National Bureau of Statistics data, with repercussions across the global market for all animal proteins.
The decline would be nearly 30 per cent larger than annual output in the United States and equivalent to Europe’s yearly pork supply, Rabobank said.