Today marks the 208th day in 2018 that the sun has been without spots: But 2018 is set to be the 4th warmest since records began: Warming or cooling? 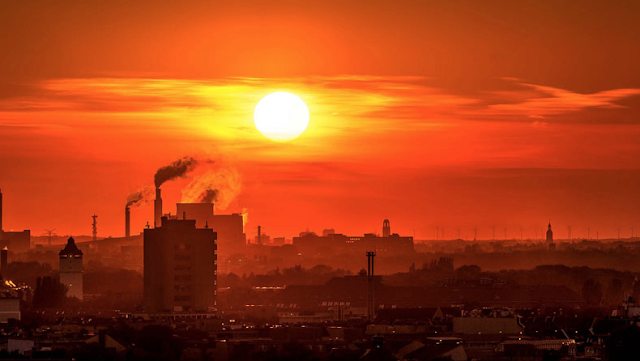 The current solar cycle, 24 is declining more quickly than forecast.
According to Dr.Tony Phillips of Spaceweather.com, the solar cycle is at low ebb.
Today marks the 208th day in 2018 that the sun has been without spots, that's 59% of the year, doubling the number of spotless days in 2017.
The count won't be able to double again in 2019; there aren't enough days in the year!
However, we can expect a further deepening of Solar Minimum in the year ahead with, literally, hundreds of spotless days to come.
It’s important to note that solar minimum is a normal part of the sunspot cycle.
Sunspots have been disappearing (or nearly so) every ~11 years since 1843 when German astronomer Samuel Heinrich Schwabe discovered the periodic nature of the solar activity.
Sometimes they go away for decades, as happened during the Maunder Minimum of the 17th century.
At the time of the Maunder Minimum also known as the prolonged sunspot minimum, roughly coincided with the middle part of the Little Ice Age, during which Europe and North America experienced colder than average temperatures.

Graph Wikipedia
Temperatures plummeted so low in England during the mini ice age that the river Thames froze over in winters allowing traders to open markets and shops on the frozen river.
However recent research claims the cause of the Little Ice Age was the result of volcanic action.
And northern-hemisphere temperatures during the Maunder minimum were not significantly different from the previous 80 years, suggesting a decline in solar activity was not the main causal driver of the Little Ice Age.
So far parts of the US and the UK have had a dreadful start to winter, while other parts of Europe such as where I live in Holland have been remarkably mild.
But even taking the cold start to parts of the Northern Hemisphere 2018 is on course to be the 4th hottest year on record with heatwaves breaking warm records along the whole Northern Hemisphere all summer long.
It would appear unless we have a Krakatoa type volcanic eruption our planet is going to continue getting hotter.