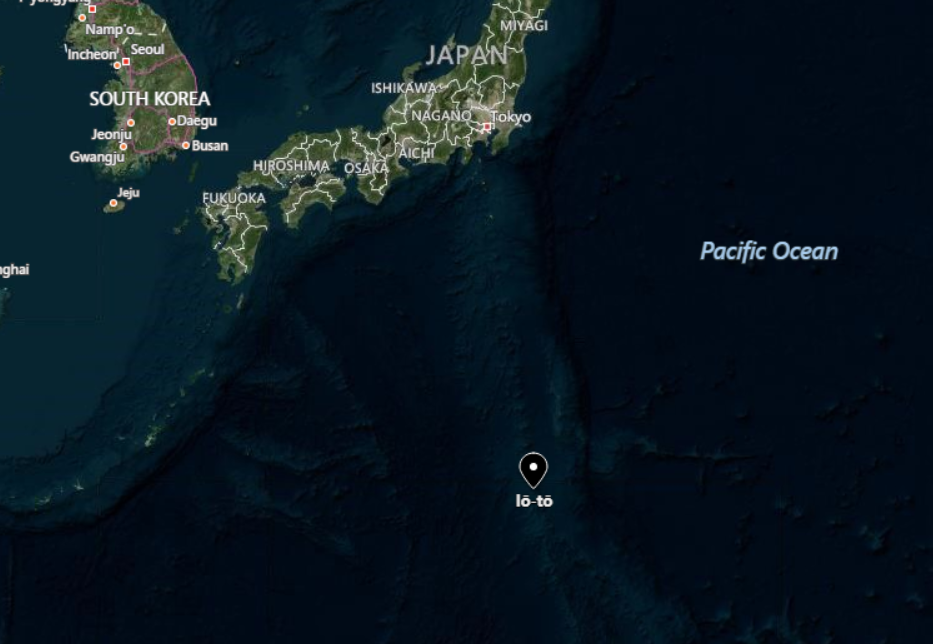 Google Maps
Signs of undersea volcanic eruptions were detected at Iwo Jima, the site of one of the bloodiest battles in World War II, meteorological and defence officials said Wednesday.
Aerial photos taken by navy aircraft earlier Wednesday showed seawater shooting as high as 10 meters (33 feet) above the surface just off the island's southern coast, the Japan Meteorological Agency said.
The island, which has been renamed Ioto, has been showing increased volcanic activity since the weekend, the agency said, warning of more eruptions.
The island is 1,250 kilometers (780 miles) south of Tokyo.
Ioto last had an undersea explosion off its northern coast in 2013, and small overland explosions at few places in 2015, the agency said.
Defense officials said troops stationed on the island are safe and there are no evacuation plans.
The island is closed to civilians, except for those with permits to search for the remains of more than 10,000 soldiers still unaccounted for or to attend memorial services and other special events. Virtually all of the Japanese soldiers defending the tiny island died in the battle in early 1945 which claimed 21,570 Japanese and 6,821 American lives.
Japan has about 100 active volcanoes and is frequently jolted by earthquakes.
Earlier this month, a magnitude 6.7 quake on the northern island of Hokkaido killed more than 40 and injured hundreds.