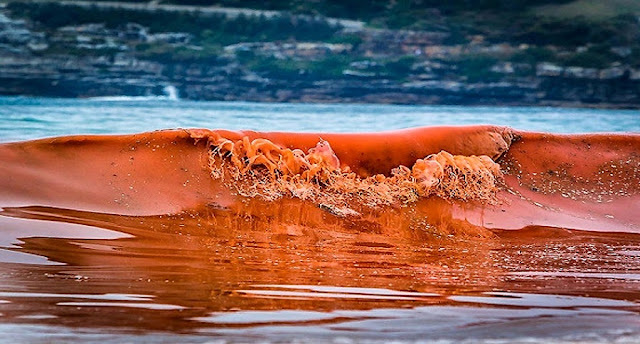 Photo wideopenspaces.com
Federal officials are alarmed over the shocking number of dolphins killed by red tide in the Gulf. They've declared an emergency and are enlisting the help of scientists to find solutions.
Many of these dolphins have been recovered by Mote Marine Lab.
Researchers are now scrambling to respond to this crisis, and at the moment, there's no end in sight. Since July, the National Oceanic and Atmospheric Administration has documented at least 50 dolphin deaths from Pinellas to Collier counties.
That number is so startling they have now declared a UME, or Unusual Mortality Event.
"We strive to learn as much as we can but its hard to completely separate your emotions from what you see when you're dealing with all these animals, for sure," said Mote Marine Lab Stranding Investigations Program Manager Gretchen Lovewell.
Researchers from Mote Marine Lab have experienced this spike first hand.
"Our annual average over the last 10 years has been about 10 dolphins a year.
We've picked up 17 bottle-nosed dolphins since August," explained Lovewell.
With the new UME declaration, NOAA is providing more funding and a team of researchers to investigate.
They want to learn more about the cause and hopefully, minimize the number of deaths in the future. Officials are worried that we still could see more dead dolphins wash up in the coming weeks.
"On Monday, the winds shifted.
We had three dead sea turtles and a dead manatee in our area," said Lovewell.
"I am scared to predict anything.
We know the bloom is still out there, again with that change in the wind, it was pushing it offshore some.
But I think as the winds change, I think animals are still going to become affected as long as the bloom is active."
All marine mammals are federally protected by the Marine Mammal Protection Act (MMPA).
Only local and state officials and people authorized by NOAA Fisheries may legally handle live and dead marine mammals.
Upwards of 17 tons of fish have been cleared from Florida waters since Red Tide - a toxic algal bloom - hit Pinellas County this month.
The majority of the animals' bodies did not make it to land on their own - county officials enlisted boats to collect the fish from the water, in order to avoid a dismal scene on shore.
The red tide has been making its way along the Florida coast for much of the summer - leaving wildlife devastation in its wake.
Hundreds of sea turtles had already washed up on Southwest Florida shores by late July, while 12 dolphins were reported dead in late August.
Additionally, a spike in manatee deaths has been linked to Red Tide.