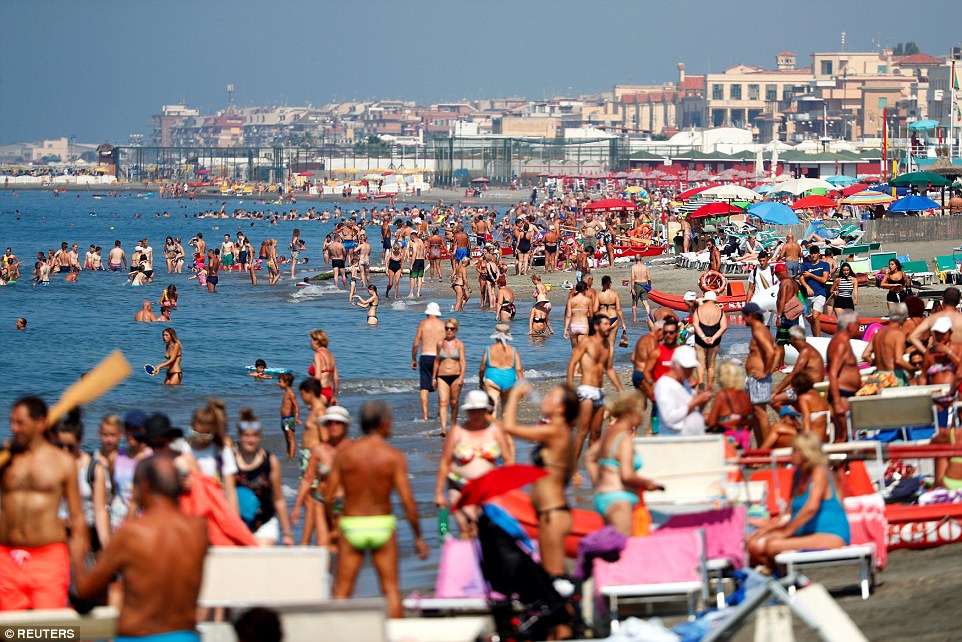 Holidaymakers heading to Spain and Portugal were warned of an extreme heatwave which could see the hottest-ever temperatures recorded in continental Europe, Photo Reuters.

Spain and Portugal are expecting to smash the hottest temperature ever recorded in Europe with temperatures to approach 50 deg C (120 deg F) in some parts of Southern Spain and Portugal this weekend.
The current European record is 48C (118.4F) set in Athens in July 1977 but that temperature is in danger of being surpassed as a surge of hot air is sweeping in from Africa.
According to the BBC, Portugal's national record is 47.4C (117.3F), set in 2003. Spain's peak of 47.3C (117.1F) was only set in July last year.
Europe's weather warning group, Meteoalarm, has already issued red warnings - categorised as very dangerous and pose a risk to life - for much of southern Portugal and for the Badajoz province in Spain.
Parts of North Western Europe has been gripped by a heatwave since the end of May with droughts hitting farmers in Sweden, the UK and Ireland, Holland, Belgium and Germany.
Many of the above countries have not had any significant rain since the beginning of May.
Sweden's highest peak, a glacier on the Kebnekaise mountain, is melting at a rate of several centimetres a day. Scientists monitoring the decline say the glacier will lose its title of the highest point to the mountain's northern tip.
Wild-fires have swept through Greece, the UK Spain and Sweden as the parched countryside has been turned into a tinderbox.
Rivers and reservoirs around Europe have reportedly run dry in many parts, apart from a downpour last weekend North Holland where I am based has not had any significant rain since early May nearly 3 months ago, see pic below.

"The exceptional heat over the Iberian peninsula could have serious consequences on people there, and on transport, and on tourists who aren't used to that heat - and of course locals won't be used to these kinds of extreme - so certainly something to keep an eye on," said Aidan McGivern of the Met Office.
The Madrid region has been put on orange alert, as has the nearby province of Toledo, the Extremadura region and parts of western Andalucia, including the provinces of Sevilla and Cordoba.