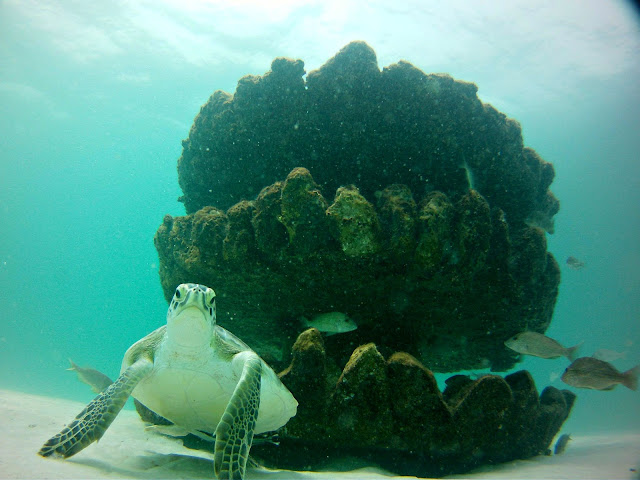 Photo beachguide.com
Hundreds of sea turtles have washed up on Southwest Florida beaches this year in a mass mortality event that researchers say will impact the recovery of the protected species.
Seventeen have been recovered off Sanibel and Captiva islands near Fort Myers in the past week. "Our average for the entire year is usually around 30 or 35, but we've had 53 in June and July alone," said Kelly Sloan, a sea turtle researcher at the Sanibel-Captiva Conservation Foundation on Sanibel. Sloan said foundation has picked up 91 sea turtles on the islands since a red tide bloom started in October.
"Most of them have been mature adults, and only one in 1,000 make it to adulthood," Sloan said.
"It takes a loggerhead 25 to 30 years to mature, so that really does have a significant impact on their recovery."
More than 100 turtles have been plucked from Sarasota County waters, and another 66 have been found in Collier.
"It's really disheartening to see this mass mortality," Sloan said.
"This is the 10th month of the red tide event, and it's the longest continued bloom since 2006." Researchers don't know for sure if red tide killed or injured the turtles, but Sloan said she is "very confident" that the turtles were claimed by the algae bloom because many exhibited neurological symptoms associated with red tide.
The bloom has varied in intensity and distribution, at times stretching from the Tampa Bay area to the Florida Keys.
Recent numbers in Lee County have run the gamut, from background concentrations to 1 million cells per litre and higher.
Fish kills and breathing problems in humans can start when levels reach 10,000 cells per litre, according to the Florida Fish and Wildlife Conservation Commission.