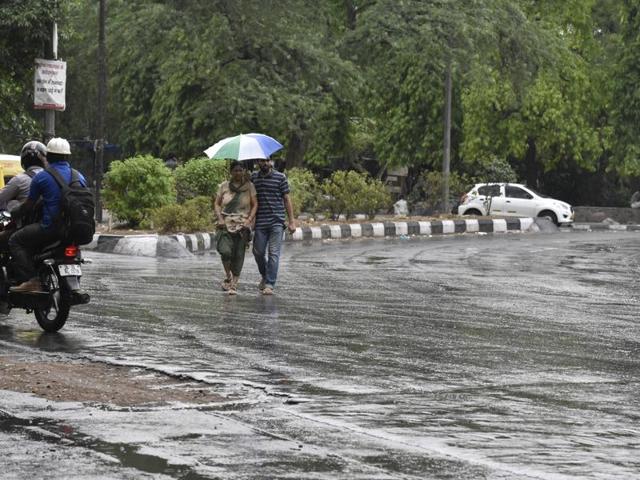 Photo hindustantimes.com
At least 61 people have died in fierce dust storms across four Indian states since Sunday evening, with officials warning of more bad weather to come.
High-speed winds and lightning devastated many villages, bringing down homes and leaving dozens injured.
As many as 61 people died and many others injured in a thunderstorm, hailstorm and lightning strikes with Utter Pradesh reporting 38 deaths after the state lost 70 people earlier in May
Large parts of India have been struck by deadly storms in the past month.
More than a 100 people died in northern India on 4 May due to intense dust storms and heavy rains. Authorities at the time said they were shocked by the ferocity of the storms, adding that it was one of the worst they had seen. The worst-hit districts were from the western part of the state.
According to earlier reports, official figures confirm five deaths in Kasganj while sources claim another five deaths in Barabanki, which has not been officially confirmed.
The official death toll on district-wise is Kasganj five, Bulandshahr three, Ghaziabad and Saharanpur two each and Etawah, Kannauj, Sambhal, Hapur and Gautam Buddha Nagar one each.
Thirteen people have been injured in Sambhal, five in Auraiyya and two in Bulandshahr while Kasganj, Kannauj, Hapur, GB Nagar and Saharanpur have also reported the injury to one person in these districts.
The state administration is on high alert as the Met department has predicted more thunderstorms for 26 districts on Monday.
This time the alert is for the districts of eastern Uttar Pradesh and Indo-Nepal border, including Bahraich, Shrawasti, Balrampur, Gonda, Siddhartha Nagar, Maharajganj, Kushinagar, Ambedkarnagar, Gorakhpur, Sant Kabir Nagar, Basti, Faizabad, Sultanpur and Azamgarh.
In view of the anticipated freak weather, the district magistrates have cancelled all holidays of the revenue staff and instructed them to remain present in their respective areas.
Similarly, state Relief Commissioner Sanjay Kumar has asked the district magistrates of the affected districts where Sunday's thunderstorm has caused loss of life and damage to property to stay back in their respective districts to supervise the relief work.
On Monday, district-level officials, including DMs of 24 most vulnerable and 16 vulnerable districts, were scheduled to attend a meeting on flood management to be presided over by Chief Minister Yogi Adityanath.
Home
at May 14, 2018