The 3rd nor'easter in 2 weeks pummelled New England this week, Europe and the UK wait for the next "Beast From The East" the second in 2 weeks 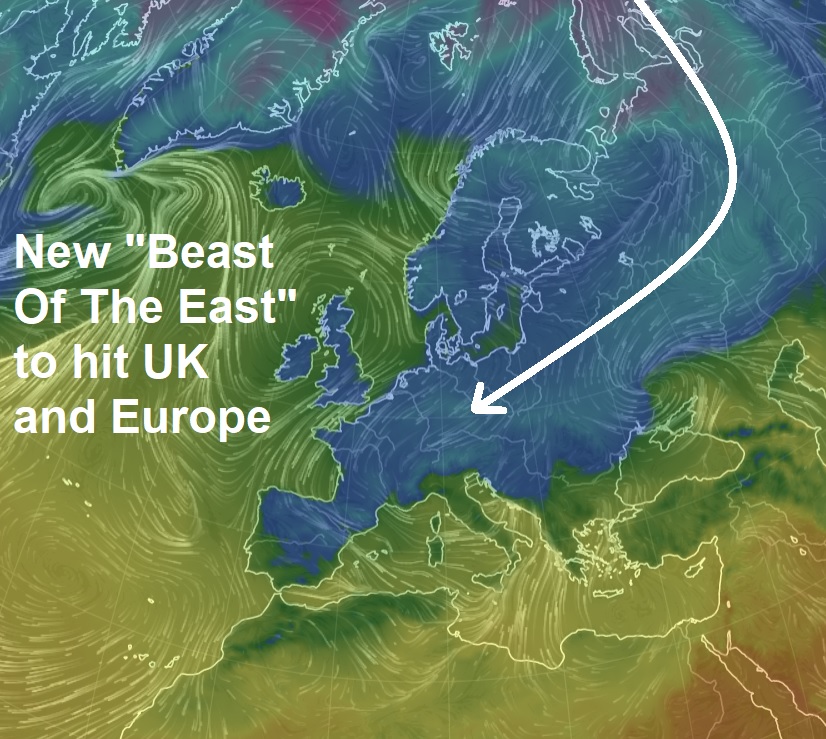 Earthwindmap
As the 3rd nor'easter in 2 weeks pummelled New England this week, Europe and the UK wait for the next "Beast From The East" the second in 2 weeks, which is set to bring crippling cold.
Winter is refusing to ease on both sides of the Atlantic.
A spell of unseasonable warmth in parts of the UK and Europe will be replaced by arctic cold this weekend as the “Beast from the East” returns bringing big changes as arctic air will make it feel more like the middle of winter by Saturday.
High pressure sitting over Scandinavia will pull very cold air from Siberia westward across Europe in an event coined the “Beast from the East.”
A similar event occurred at the end of February and early March this year and caused temperatures 5-10 degrees Celsius (9-18 degrees Fahrenheit) below normal for five to seven days.
The toll on wildlife was immense, as the Beast from the East's tragic impact caused thousands of sheep deaths in the north of England.
Untold millions of dead marine life washed up around coastal areas of the UK in the wake of "The Beast From The East" and Storm Emma, while thousands of dead fish washed up on a beach in Marseillan, France thought to have been killed by the cold.