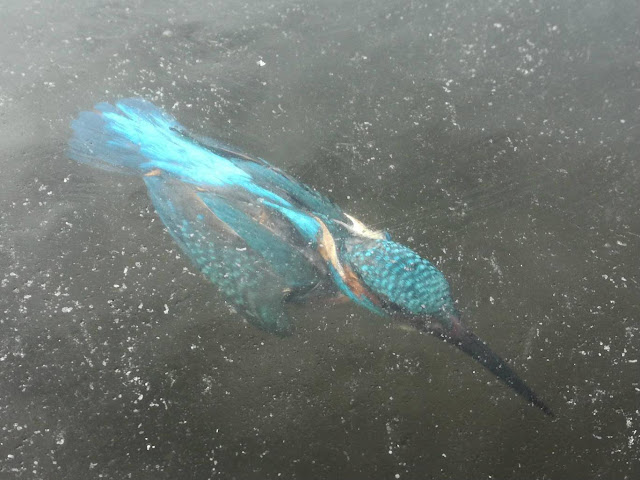 An incredible photo has surfaced showing a kingfisher bird frozen solid mid-dive into a Dutch canal.
On inspection of the picture, it is obvious the bird froze solid at the split-second it dived into the water for a fish.
The unfortunate bird froze during the big freeze "The Beast Of The East" which plunged Europe into Arctic conditions.
Christoph van Ingen, who spotted the kingfisher in the town of Oostzaan, just north of Amsterdam, said he believed it might have dived into the canal to catch fish as the water was turning solid and been unable to escape.
Around a 100 people died across Ireland, the UK and Europe during the cold snap. 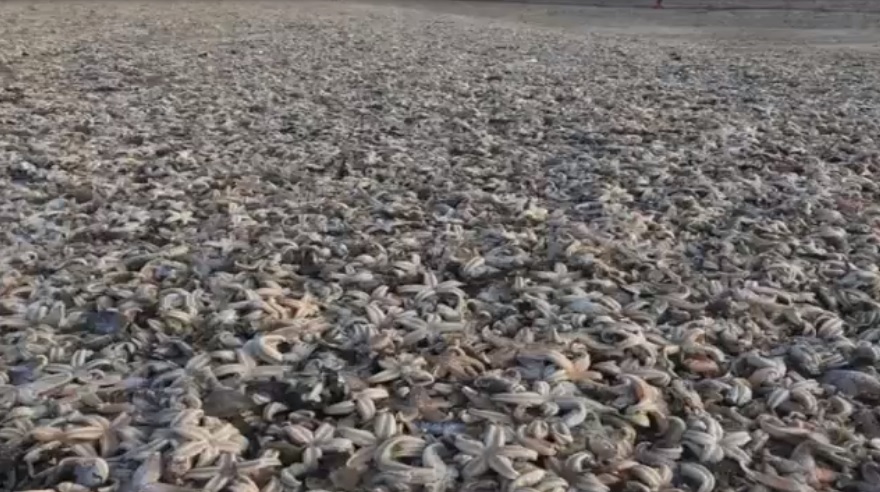 Credit Gossip Reporter
Thousands of dead starfish washed up on a British beach following the 'beast from the east' weather snap.
The spectacular scene in Ramsgate, Kent, was described as "like the Armageddon" by wildlife enthusiast Lara Maiklem, 47, who photographed the phenomenon.
She estimated "hundreds of thousands" of starfish and other sea life were washed ashore this weekend following the spell of subzero temperatures.
Lara travelled to the beach with her five-year-old twins, Edie and Beau.
There were starfish as far as the eye could see, there were fish in there and sea urchins.
"I think someone found a lobster in there as well.
Seagulls and other birds were also among the dead wildlife. Lara added:
"The beast killed quite a lot of creatures.
Some described beaches elsewhere in Britain covered with dead razor clams and other creatures. Chris Keyworth said: "It's a natural phenomenon which happens all around our coast every year without the storms, normally you get one or the other dying off in stages - one day its crabs, the next its sea stars, the next jellyfish."
But many people were still moved by the pictures. Jenn May said:  "All around the country there seem to be creatures being washed up in huge numbers.
"A few days ago I went for a walk down there and found a lot of dead seagulls - there seemed to be quite a lot of dead birds.