Fukushima the disaster that changed our world forever: 27% increase of radiation levels found in salmon and halibut off the coast of Alaska 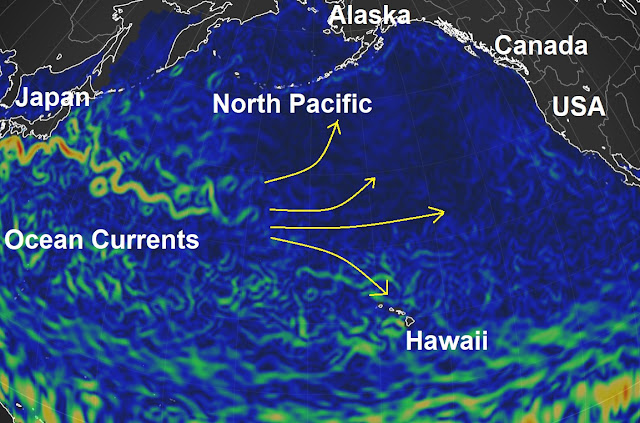 On the 7th anniversary of the Fukushima’s Nuclear Disaster, I received another mail from our friend in Alaska, Bill Laughing Bear, regarding increasing radiation levels of fish he himself has monitored in the coastal waters off Alaska since 2012.
It is a timely revelation after Tokyo Electric Power Co (TEPCO) announced recently their  "BIG HOPE" the 'ice wall' has failed to freeze Fukushima's toxic water buildup resulting in another million tons of toxic waste will be dumped into the Pacific. Full story
With no known technology to fix the problem and TEPCO claiming it will take at least 40 years to repair (how do they arrive at 40 years if there is nothing out there to stop it?) it is the disaster that changed our world forever.
A study by the University of Hawaiʻi at Mānoa have revealed almost 50% of fish consumed on the islands of Hawai’i were contaminated with caesium 134 the radioactive finger-print of Fukushima.The report also showed that migrating organisms can transport the Fukushima-signature (caesium 134) over significant distances as they showed detectable 134Cs (6.3±1.5 Bq/kg) in Pacific bluefin tuna caught off the California coast only a year after the incident.Another study found caesium 134 in longfin tuna (Albacore) along the western coast of the US just one year after the Fukushima disaster.It's another blow for the stricken nuclear plant with TEPCO claiming the clean-up of the site will take 40 years but with no known technology to tackle the problem 40 years is probably a very conservative guess.

The 7-Year Anniversary of Fukushima’s Nuclear Disaster on March 11, 2011

The up-to-date and timely information your website delivers just brought a new topic to my mind: Fukushima. On your March 8 posting about another million tons of toxic waste to be dumped into the Pacific, the thought occurred to me ‘how much more radiation would I be reading in this coming year’s fish harvest than when the Fukushima nuclear disaster on March 11, 2011, changed our world forever?’

When the Fukushima fiasco occurred, it was obvious to me that with the currents that come up the coast of Alaska from Japan, we were in trouble. I believed our fishing resources would become radio active and because I love my dogs as most would love their family members, I knew I had to verify this food supply was safe.

The Russian people who had to deal with the monster, Chernobyl, manufactured a quality radiation monitor and I decided to order one. The meter cost me approximately $160.00 U.S. Funds. This monitor was designed for detection and evaluation of the level of ionized radiation and for the evaluation of contamination levels of materials and products. Although a good monitor, it cannot be used for official conclusions about radiation, environment and fouling factors. The meter estimates radiation environment in magnitude of ambient equivalent power of gamma radiation dose taking into account pollution of objects by beta sources. The meter reads two ways: microSievert per hour or microRoentgen per hour.

Once obtaining the meter, I started taking readings of people’s salmon. By the second year after the Fukushima incident, all salmon I scanned read radio active. I have seen a steady increase in radiation levels of salmon through last year with not one salmon failing to register some contamination.

Last year I checked my first halibut which came from local waters. It, too, registered radiation. Since halibut are bottom feeders, I thought this might explain why, on my walks along the beach and seeing at various times dead crab, the occasional sea otter, and a couple of times more jelly fish than I could count, not to mention numerous birds.

In my attempts to find what constitutes safety levels of radiation, official agencies do not seem to be able to agree on just what those safety levels are. I will say that I have found an increase of over 27% of radiation levels since around 2012. So whether the data I have observed is minimal or should be alarming, it is definitely building every year.