Sleeping Shielded and Grounded: Bill Laughing Bear discovers an RF field from a local cell tower is disturbing his sleep 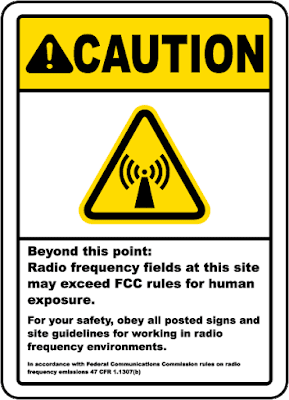 William Laughing-Bear, a retired military veteran, fulfilled his life-long dream when he relocated from the Pacific Northwest to Alaska in the fall of 2002 to live a primitive lifestyle keeping first things first, one day at a time, and to take up dog mushing.
After experiencing his fifth traumatic brain injury (TBI), he became pro-active with a brain injury peer support group called “The Deadheads,” seeking answers for improved cognitive function and reduction of migraines.
This search for answers opened up an entirely new world to him… that of research.
During his early treatment for the fifth TBI, his doctor explained to him that cell phones and Wi-Fi would have a negative effect on his recovery and cognitive function due to the EMF’s (Electro Magnetic Field).
His latest letter to The Big Wobble is below.

Gary,
I often have friends from all over the world come and stay for winter mushing events or some of the over-the-top fishing during late spring through fall. Since my cabin is small, I usually give them my upstairs queen-sized bed and I sleep on my cot in the livingroom. I am repeatedly told how relaxed and at peace they feel upon awakening. Myself, I sleep well but I notice my peace and comfort level are not the same as when I sleep in my bed. Even though I have a comfortable cot, I just assumed it was because I was not sleeping in my own bed.
I am hypersensitive to EMF. When I go to a coffee shop that is wired for Wi-fi or am around several smart phones, I suffer from confusion, migraines, tightness in chest, and irregular heartbeat. I also notice that when I have been around such an environment, if I don’t sleep in my own bed, I suffer from insomnia. And I often battle it when sleeping on my cot.
The thought occurred to me, ‘Could it be because of the RF field that’s coming from my local cell tower or the RF coming from my Smart Meter that is a long way from my cabin?’
Today I drove to the cell tower. I did not feel well, being that close to it. I saved the cell towers coordinates on my GPS (Global Positioning System) and then drove straight home. I wanted to know the distance of the tower from my cabin. Standing on my porch, I was able to determine the cell tower was 4.8 miles (7.72485 km) – as the crow flies. I then turned on my RF High Frequency Meter and started looking for digital signals. I received a constant signal of non-ionizing radiation of fluctuations between 2.7 and 4 micro-watts centimeter squared. I would like to note that the minimum for a cell phone to work is 0.0000000002 micro-watts centimeter squared.
We have a die off of spruce trees. Instead of just blaming the bark beetle for the die off, could RF be part of the equation? It is a known fact that 0.000027 micro-watts centimeter squared, causes the premature aging of pine needles. Does it affect my spruce trees as well?
It is known that short-term exposure to children ages 8-17 of 0.05 micro-watts centimeter square can cause headaches, irritation, concentration difficulties, and behavioral problems.
The Baubiologie Biology (Germany), or Building Biology is of extreme concern at 0.1 micro-watts centimeter squared.
At 1.0 micro-watts centimeter squared, Laptop Wi-Fi brings about sperm DNA fragmentation and decrease in sperm viability in vetro. Also at this level headaches, dizziness, irritability, fatigue, weakness, insomnia, chest pain, difficulty breathing, and indigestion can occur.
Calcium metabolism in heart muscle cells is altered at 2.5 micro-watts centimeter squared.
So I am standing on my porch with a 4.0 micro-watts centimeter squared reading, which brings about changes in hippocampus and affects brain memory and learning, and that adds further complications to my struggle with TBI (Traumatic Brain Injury), and I thought, “Wow!”
I then turned my RF Meter toward the Smart Meter. Every 12 seconds I received a digital reading oscillating between .9 and 1.5 micro-watts centimeter squared. Broadcasting every 12 seconds, this means that 2,628,000 times a year the Smart Meter is sending out pulses of radiation toward my cabin.
Pondering these two sources of radiation, it made sense to me why sleeping in my upstairs queen-sized bed, other people and I find it so restful. I sleep under a Faraday Canopy. It stops 97% (16dB) of microwave radiation energy penetration. I also sleep “grounded” on earthing sheets.
I live pretty much in the middle of nowhere. I cannot imagine how people who are living in cities are managing to cope with all the Electrosmog polution. It is truly a slow killer!
The pieces of the puzzle are coming together and the picture is becoming clearer.
That’s it from Alaska for now!


One door of research led to still another door, that of the studying of Electrosmog. 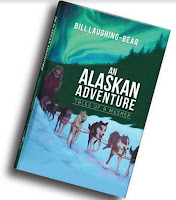 All during this time, Laughing-Bear, as he is called, journaled his experiences of living his “Alaskan” dream and recently authored his first book, “An Alaskan Adventure, Tales of a Musher,” which can be purchased from Rock Island Books,  Amazon.com or by contacting gazbom56@gmail.com, Rock Island Books’ store supports mailing to all major countries. They charge exactly the USPS charges for shipping to a country outside the US and pass on the cost to the customer. Bill will continue to report his research to The Big Wobble for others who are struggling with brain traumas and Electrosmog. His desire is to give encouragement and hope to those whose lives have been affected by such and are seldom understood by those who are uneducated about such matters.