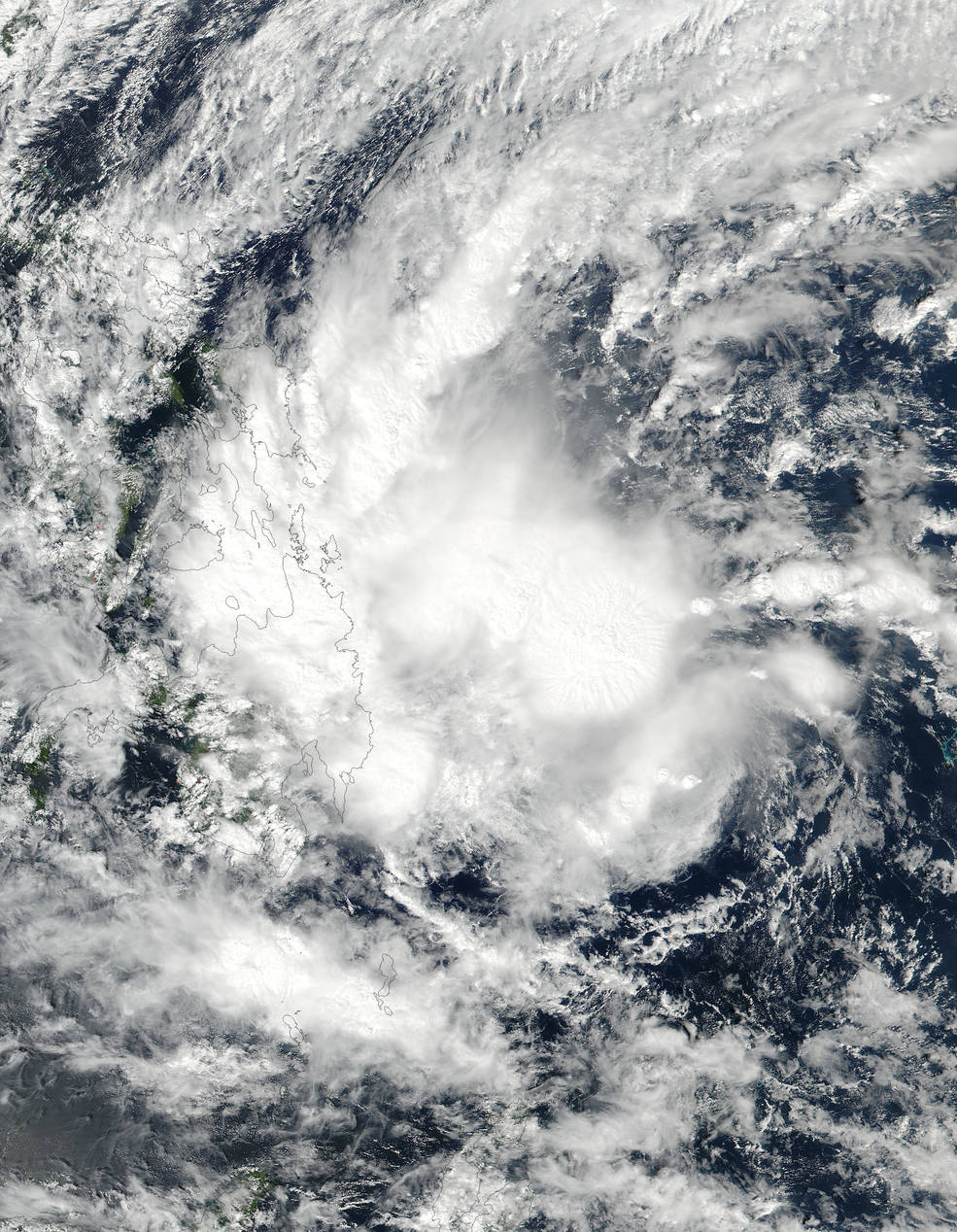 Tropical Storm Sanba was acquired from the VIIRS instrument aboard NASA-NOAA's Suomi NPP satellite as it continued moving over the Philippines. Credits: NOAA/NASA Rapid Response Team

Four people were killed in the southern Philippines early Tuesday as a tropical storm unleashed heavy rain and triggered deadly landslides, police said.
Tropical Storm Sanba slammed the east coast of the main southern island of Mindanao Tuesday with gusts of 75 kilometres an hour.
The heavy rain triggered landslides that hit mountain villages outside the mining town of Carrascal -- 760 kilometres south of the capital Manila -- killing four people, municipal police chief James Alendogao told AFP.
"These areas are currently inaccessible and we do not know the extent of the damage," he added.
The state weather service said the storm was expected to move swiftly northwest over the next 24 hours, bringing moderate to heavy rain across the central Philippines.
The archipelago nation is struck by 20 storms or typhoons each year on average, some of them deadly.
Sanba is already the second major system to hit this year, and the first to cause casualties.
Tropical Storm Tembin killed 240 people in the Mindanao region in December last year.
The country's deadliest on record is Super Typhoon Haiyan, which left more than 7,350 people dead or missing across the central Philippines in November 2013.
Volatile Mayon volcano is in the area and with the coronal hole on the Sun facing Earth at the moment, this is a prime target for a major quake.