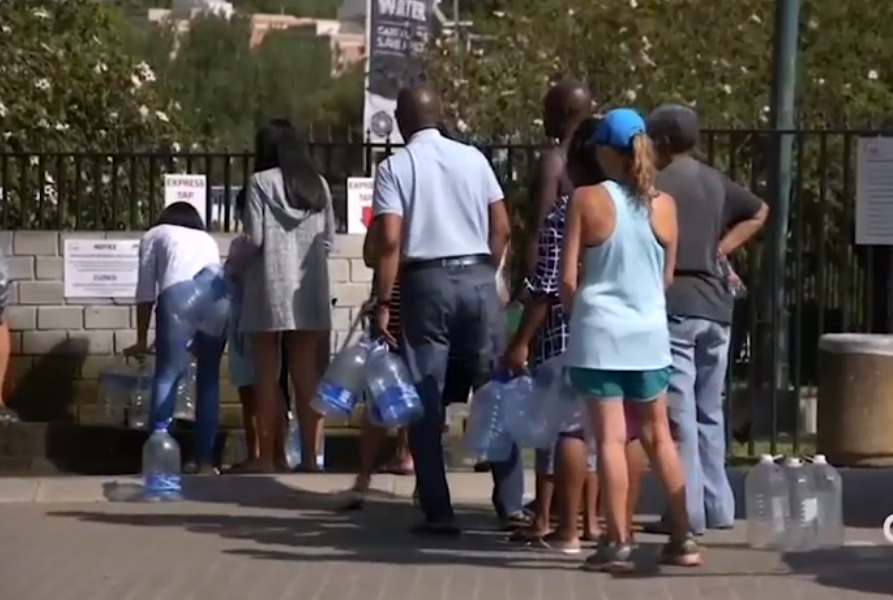 Most Cape Town residents would be forced to queue at communal taps at 200 water points-likely under police or military guard-to collect a daily ration of 25 litres (6.6 USA gallons), half the amount allowed now.
The latest data from the City of Cape Town indicates that dam storage level is at 24.9% - a weekly decrease of -0.6%.
South Africa has declared a national disaster over the drought afflicting southern and western regions including Cape Town, though the city pushed back its "Day Zero", the date when its taps are expected to run dry.
However, the decision to declare a national disaster means the central government - which is run by the African National Congress (ANC) - will now take responsibility for relief efforts.
Thanks to poor rains over the last three years, the city is in the throes of a severe water crisis, looking at a possibility of "Day Zero" approaching soon.
A single toilet flush uses nine litres.
It will probably arrive in May, a month or two before the onset of the winter rains. Meanwhile, Day Zero, the day that taps will run day for Capetonians, has been extended to June 4 from May 11,2018. The widespread drought has gripped swathes of the nation's south and west.
"The drought in the Western Cape offered an opportunity to learn from past mistakes".
Over the past week, consumption has been lowered to 526 million litres a day.
DA leader Mmusi Maimane praised Cape Town residents for significantly slashing their water consumption.
xx