BOOM! A powerful mag 7.2 rocks Mexico with nearly 200 aftershocks leaving one million homes and businesses without power in the capital 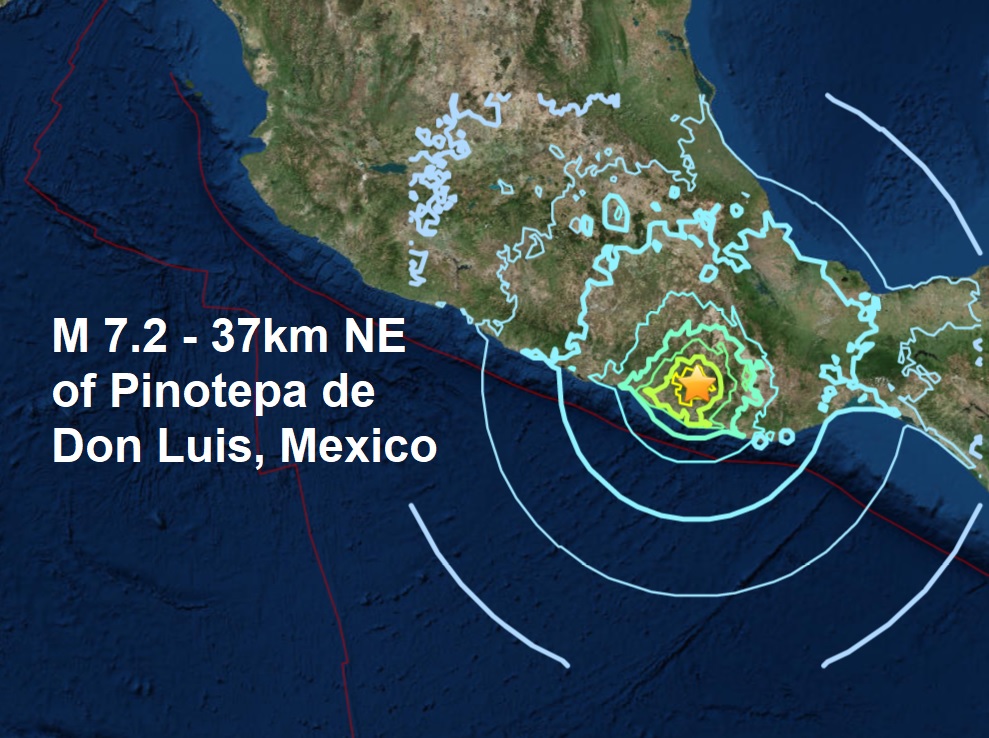 USGS
A powerful magnitude 7.2 earthquake has rocked Mexico late Friday evening leaving a million homes and businesses without power in the capital and four southwest states according to Reuters.
The powerful, sustained shaking on Friday gave way to 194 aftershocks, the national seismology service said, and caused widespread panic.
In Mexico City, the seismic alarm sounded 72 seconds before tremors were felt, Mayor Miguel Angel Mancera said, giving residents time to flee to the streets.
Last nights shock is the third powerful quake to hit the area since September last year when a mag 8.2, the biggest quake in a 100-years to hit Mexico and a magnitude 7.1 which struck just a week later.
Big quakes have been expected all week as the Earth is entering a stream of fast-moving solar wind that could spark bright auroras around the Arctic Circle this weekend.
The gaseous material is flowing from a wide hole in the sun's atmosphere.
NOAA forecasters say there is a 30% chance of geomagnetic storms on Feb. 17th and 18th.
With 16 major quakes from 17 occurring this year during coronal hole activity on our Sun and 14 of them along The Pacific Ring Of Fire the Mexico quake was expected and with a now massive hole opened up on our Sun I would say more are to come this weekend.
Last nights major quake is the 6th of February with all of them happening along The Pacific Ring Of Fire and is also the 17th major quake of 2018. 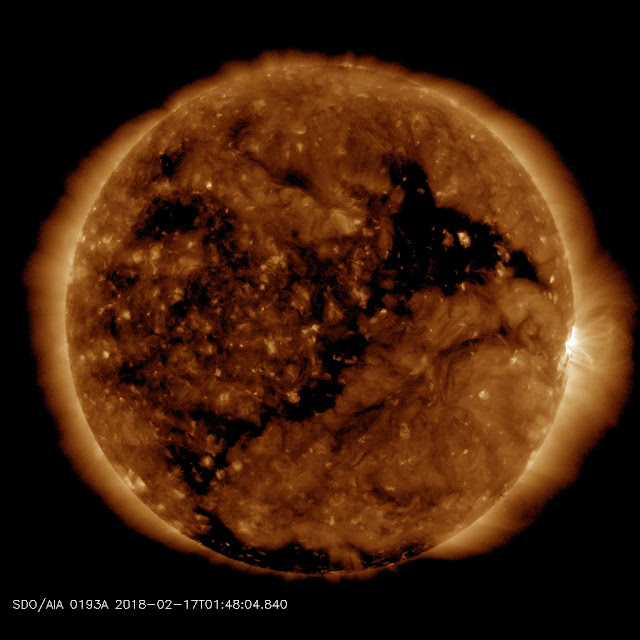