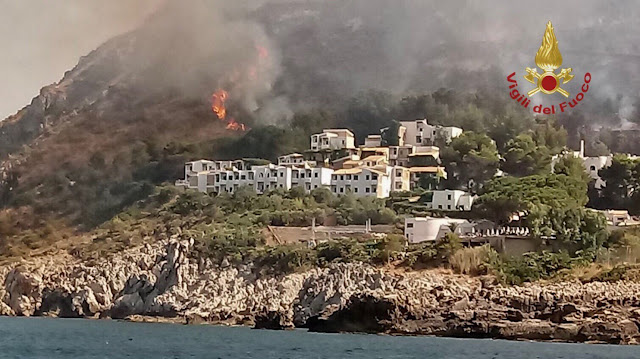 Photo greenarea.me
A new form of terrorism in Europe?
This summer devastating wildfires in France Spain and Portugal have killed more than a 100 people and they all had one thing in common, they were started by people leaving the Portugal government to claim they were started by terrorists!

Switzerland and Croatia have sent aircraft to help Italian firefighters battle forest fires that have scorched parts of northern Italy and forced the evacuation of hundreds of people.
Authorities in Piedmont and Lombardy are seeking to have states of emergency declared for their regions, which have been hit by an abnormally dry summer, little autumn rainfall and winds that have helped spread the flames.
Interior Minister Marco Minniti held a crisis meeting Monday with emergency authorities in Turin, capital of the hard-hit Piedmont region, and said evidence points to arson as the cause for at least some of the fires.
The fires have contributed to a thick cloud of choking smog that has covered northern Italy for days. Visiting Milan on Monday, Environment Minister Gian Luca Galletti said the situation was critical, "especially concerning air quality," and said he hopes weather conditions will improve.
Switzerland on Monday sent three helicopters to join Italy's fleet of water-dumping Canadairs. Croatia sent two of its own Canadairs to help out as well.