It was expected: A magnitude 6.8 quake has struck 137km E of Tadine, New Caledonia in the South Pacific and is the 10th major quake of Oct 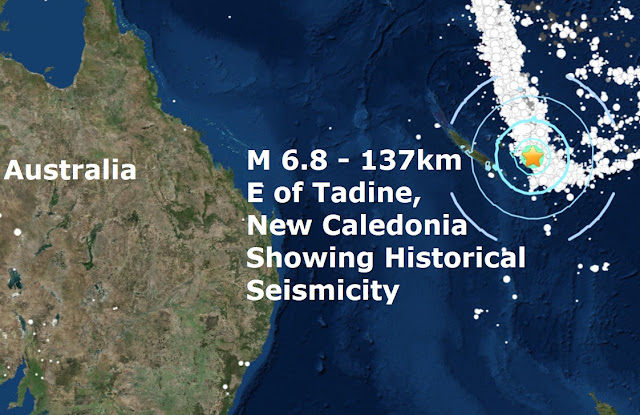 USGS.
It's the 10th major quake of October and the 84th of 2017.
(SMALL TSUNAMI WAVES HAVE BEEN OBSERVED).
Green alert for shaking-related fatalities and economic losses.
There is a low likelihood of casualties and damage.
A shallow mag 7. later reduced to a magnitude 6.8 quake has struck 137km E of Tadine, New Caledonia in the South Pacific.

Polar auroras and magnetic unrest are likely when the gaseous material arrives and we could witness major quakes up to the arrival of the solar wind on the 2nd of Nov.