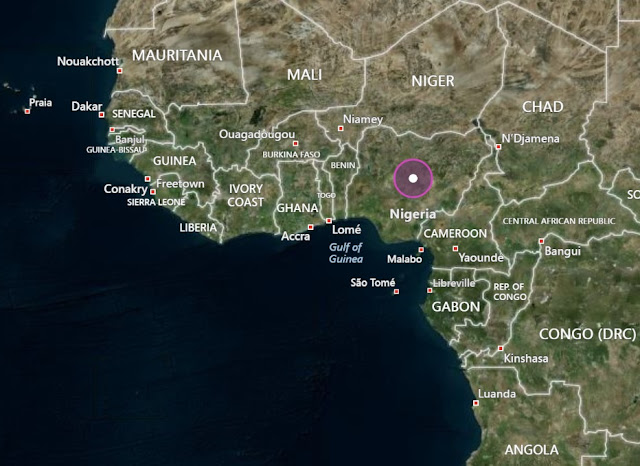 A strange disease, whose symptoms include diarrhea, bloodstained vomiting and high fever has killed 50 people at Okunran, Okoloke and Isanlu-Esa villages in Yagba West Local Government of Kogi. Initial reports had suspected lassa fever, but medics told Dr. Saka Audu, Commissioner for Health, who visited the affected areas on Thursday, that it was a strange disease that was unknown.
"We initially suspected Lassa Fever after getting some misleading reports about people bleeding around, so we made a diagnosis for viral haemorrhagic fever (lassa fever), but the result was negative," Dr. Jannette Hathorn, a Consultant at ECWA Hospital, Egbe told Audu.
She said that the first case was that of a child of two and half years, who died 12 hours after he was brought to the hospital.
"We are sure it is not lassa fever; but our concern is that we do not know exactly what is happening. We have not arrived at a definitive diagnosis.
"Two adult patients were also brought here; one showed symptoms of ulcer-viral illness, but there was no bleeding component of any haemorrhagic symptom.
"We isolated them and both of them were treated for malaria.
When they started improving, we let them go.
"Another parent brought a child to the hospital and pleaded for help.
He said that 50 people had died in their village with similar symptoms of bloodstained vomiting, diarrhea and fever.
"When the child died, we called the World Health Organisation (WHO).
Yesterday (Wednesday), their officials came and took samples of everything; we must know exactly what we are dealing with," she said.
Audu, who described the situation as "serious", said that the visit was to assess the situation "especially since many lives have been lost to the disease".
"We want to determine the cause of these mysterious deaths and then proffer solution to it. "Government is committed to assisting the people irrespective of how remote their settlements may be.
We must ensure that we take healthcare to the door steps of rural dwellers.
"We want to reassure the people that government is with them and will take full responsibility of those who are already ill, so as to arrest the spread of this disease.
"For now, what is clear and confirmed is that it is not lassa fever; but whatever it is, we will carry out further investigation and come up with definitive diagnosis," Audu said.
He said that the information about the outbreak of the strange disease came to government last week and a technical team was immediately sent to take samples which were sent to General Hospital Irrua, Edo State, for definitive investigation.
"We are digging into the real cause of this ailment.
All hands are on deck toward unraveling the definitive cause of the mysterious deaths among the kids," the commissioner assured.
According to him, the Fulani settlers have been reported to be the worst hit by the disease which broke out three weeks ago.
Ardo Damina Ibrahim, leader of the Fulani settlement, told newsmen that the first case was reported three weeks ago, adding that children were worst hit.
"We at first used herbs to treat the patients but had to rush to the hospital after recording several deaths," he said.
He explained that parents became more confused when doctors could not ascertain the cause of the illness, saying that many died in the hospital while others were discharged without any cure.
"We have lost more than 50 people and still have many helpless patients at home,'' he said.
Oba Joshua Ogunyanda, the traditional ruler of the community, who thanked the commissioner for visiting the area in spite of the difficult terrain, said that he ran to the Yagba Local Government when the disease broke out.
"We are confident that the disease will soon be brought under control with the commitment that you have shown," he said.