2017 the year of the rogue tsunami: Tsunami's in strange places...Iran Holland Greenland and more not thought to have been caused by a quake! 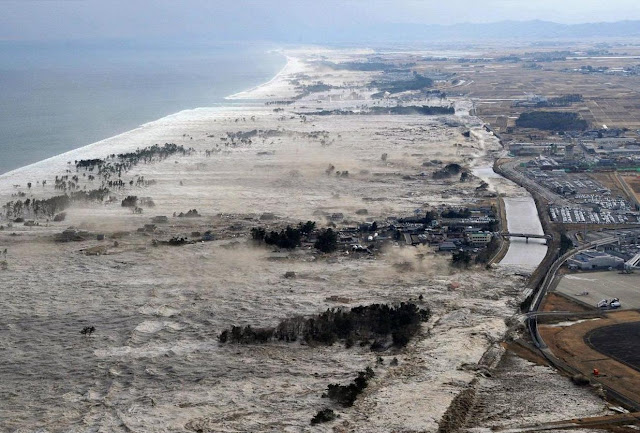 A video by DAHBOO777 showing a series of events which took place in South America and South Africa sometime around August 10th was sent into me by Chessie Crow Gartmayer showing a terrifying tsunami along the west coast of Africa which was not caused by a quake.
A drastic amount of sea water receded from several places along the South American coast.
He also claims he caught a huge wave anomaly over this region around this same time shown on a MIMIC Radar System.
On the other side of the ocean, people witnessed huge waves crashes, (Tsunami) crashing into the shores along South Africa's western coast, you can find the video below

The video alerted my attention to the fact that the tsunami along the South African coast is only one of many rogue tsunamis which The Big Wobble has reported this year.


Back in March 2017, reports of a tsunami hitting South Iran on the internet appeared to be incorrect, as no quake large or small has not been registered in the area yesterday.
However large waves were filmed smashing into the port city of Dayyer in the southern Iranian province of Bushehr where at least one person has lost his life and five others were reported missing.
Search and relief operations were ongoing to establish the fate of the five missing with divers deployed to the scene.
Deputy Interior Minister and Head of the National Disaster Management Organization Esmaeil Najjar told IRNA that the incident in Dayyer and Assaluyeh damaged several residential homes, boats and ships.
He added that the waves were estimated to be more than three meters high.
What caused the waves remains a mystery. 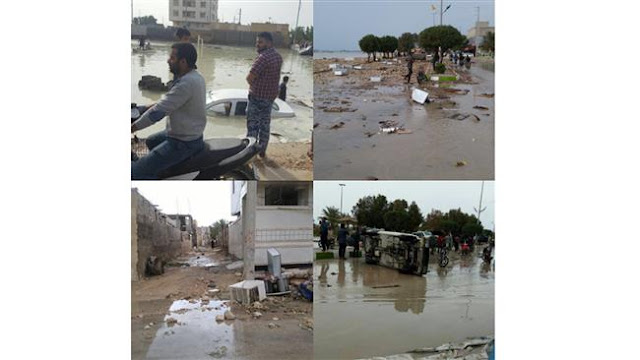 Photo Photo Press Tv showing the devastation after the tsunami...

Back in June and just a few miles from where I live footage emerged of a tsunami hitting the coast of The Netherlands catching beachgoers off guard with a seven foot tidal wave.
According to local media, the phenomenon is so rare that it is the first time it has been so well filmed and documented.
The first reports of an approaching tidal wave of a medium height were at around 5.45am on Monday morning.
In footage shot from the balcony of a flat in the coastal resort of Zandvoort, the wave can be seen sweeping away beach chairs, boats and parasols.
The man filming is heard saying 'a tsunami!' multiple times in disbelief at what he is seeing.

You can see the video below.


Also in June four people are 4 people where reported dead along with 39 homes swept into the sea after a tsunami hit Greenland's west coast, police have said.
The surge of water is also reported to have swept away 11 homes in the village of Nuugaatsiaq. Police chief Bjorn Tegner Bay said he was unable to confirmed there had been fatalities, according to KNR, Greenland's broadcasting corporation.
The authorities were not sure weather a small rare earthquake  caused the tsunami or a landslide.
According to the police chief, it struck off Uummannaq, a small island well above the Arctic Circle. Meteorologist Trine Dahl Jensen told Danish news agency Ritzau that for such an earthquake to hit Greenland was "not normal", as she warned of the risk of aftershocks.
See the video below. 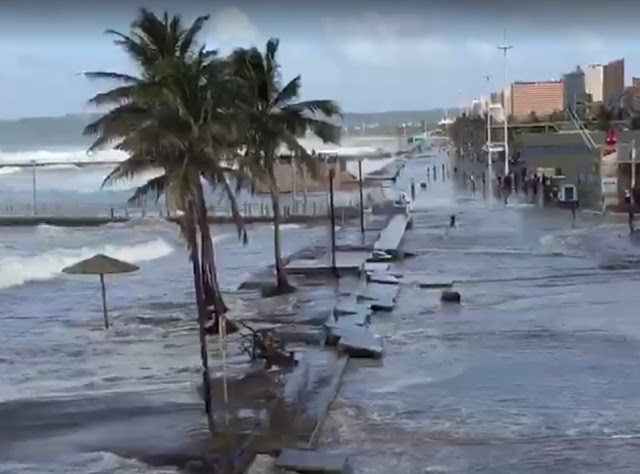