Hanford Nuclear Reservation Emergency Update! Hundreds of workers instructed to stay inside and not to eat or drink anything after tunnel collapse. 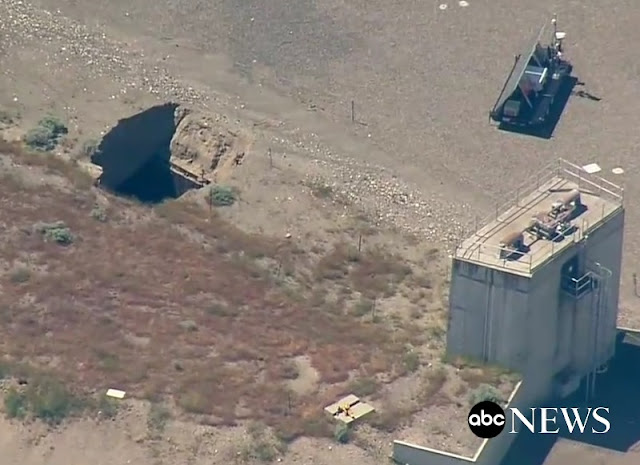 A nuclear cleanup facility at Hanford, one of the biggest, most complex superfund sites in the country, has been evacuated and workers in the vicinity have been instructed to "shelter in place."
At 8:26 this morning, the Hanford Emergency Operations Center jumped into action after an alert regarding subsidence of soil covering old railroad tunnels that contain contaminated materials. Susannah Frame of KING 5 reports that the "subsidence" concern translates into a collapsed tunnel, and hundreds of workers at Hanford have been instructed to stay inside and not to eat or drink anything.
There isn't much more we know at the moment-the media lines are busy.
We do know that access to the area where the alert was generated, 200 East Area, has been "restricted."
The Department of Energy says that Energy Secretary Rick Perry has been briefed on the Hanford situation, "and there is no initial indication of any worker exposure or an airborne radiological release."
Hanford officials say there is still no evidence of environmental contamination from the tunnel, and that crews have been surveying the area near the tunnels for contamination.
A remotely controlled robot, called a TALON, is also monitoring the area for contamination and taking video.
Senator Maria Cantwell says that she is closely monitoring reports of "collapsed train tunnels," which house rail cars that contain radioactive materials.
"I have been in touch with labor leaders, and in contact with the Department of Energy and contractors at the site," Cantwell said.
"Worker safety must be our number one priority, and we need to understand whether there has been any environmental contamination resulting from the subsidence at these tunnels.
My thoughts are with the first responders who are working to assess the situation on the ground, monitor any environmental impacts and design next steps for securing the area."
Washington governor Jay Inslee released a statement on the emergency, saying that the Department of Energy informed the state that "a tunnel was breached that was used to bury radioactive waste."
The White House reached out to the governor's office about the emergency, too.