A once in "500-year event" hits The Bay of Plenty New Zealand as 2,000 are evacuated to higher ground after floods 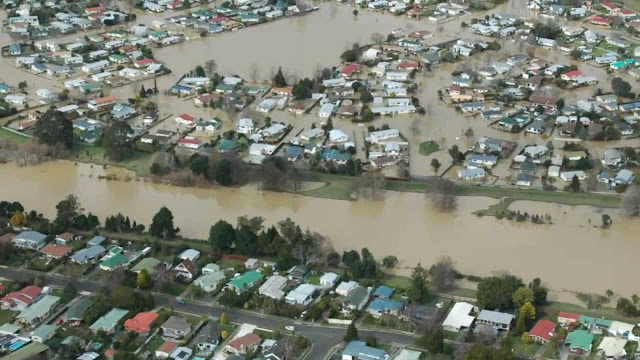 The evacuation of the Eastern Bay of Plenty town of Edgecumbe is under way in what the mayor is calling a one in "500-year event".
The exact number of people being told to leave their homes for higher ground isn't clear; it could be as many as 2000.
Water is reported to be coming through the local stopbank.
Mayor Tony Bonne is calling it an extremely serious situation and is appealing for people to get out. He says police are going door-to-door while buses are also at the local fire station to get people out. Red Cross is helping with the evacuation and is saying that the roads out are congested.
Welfare centres are being set up in Kawerau and Whakatane. Rotorua woman Deeana Tubb, who has lived in Edgecumbe for two years, said there were no words to describe the situation.
"The rain was pretty constant last night but this morning it was beautiful sunshine.
In a decision I now deeply regret I went to work. 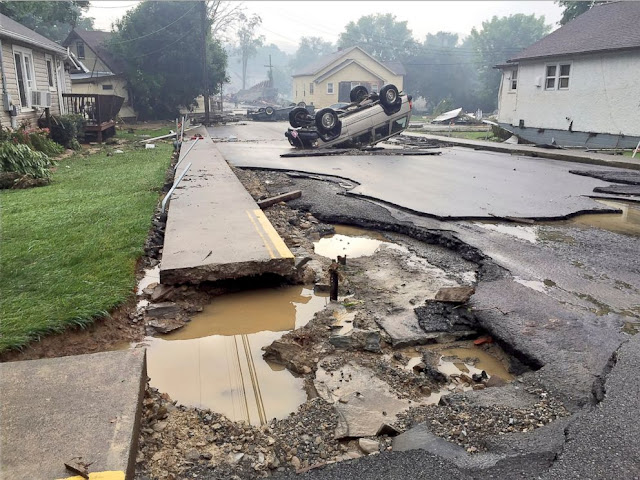 Photo abcnews.go.com
I was halfway to Papamoa when I heard Edgecumbe residents were being evacuated.
I turned around because my children were at home... I went right through the cordons at Matata - nothing was stopping me getting to my babies.
"When I got home the water was already waist-deep in the streets.
I managed to get some valuable documents out of the house and everyone else and we headed to Awakeri.
"Now it looks like we're about to lose everything."
Tubb said she had never seen anything like this before.
"I'm worried sick. 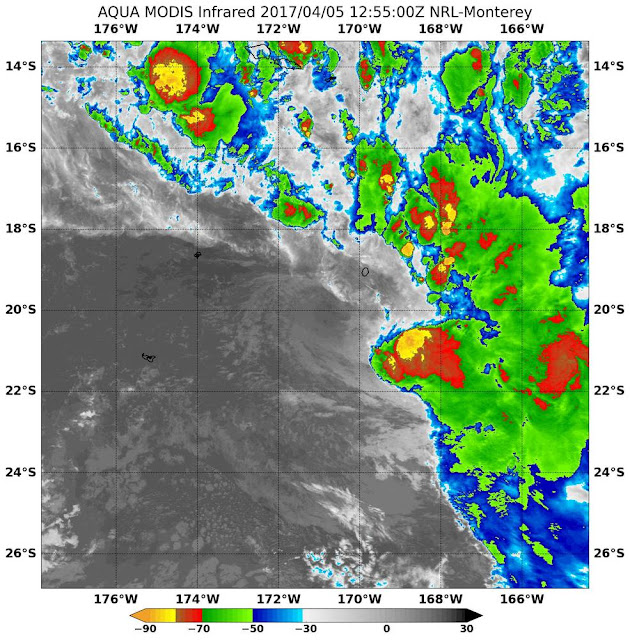 At 8:55 a.m. EST (1255 UTC) on April 5, NASA's Aqua satellite showed Tropical Cyclone 14P contained storms with cloud top temperatures as cold as minus 70 degrees Fahrenheit (minus 56.6 degrees Celsius) in red, east of the center of circulation. Credits: NASA/NRL
There's really no words, as the panic subsides the shock is setting in.
"The most important thing is that everyone has got out safe...
Now we just need to put one foot in front of another and get through this."
In Wellington, two dozen families living along Wellington's south coast were evacuated just before midnight as the Owhiro Stream in Happy Valley Rd burst it banks.
Meanwhile, flights in and out of the capital were to resume at 6am after the bad weather disrupted the systems.
Scores of roads around the lower North Island have been affected by flooding and slips.
In Whanganui and Rangitikei, where a state of civil emergency is expected to be lifted by midday, 170 people remain evacuated.
However, the Whanganui River is no longer expected to flood.
Further north, the country is swinging into clean-up mode and Waikato Civil Defence last night downgraded its activation to monitoring mode.
However, police are still searching for a man believed missing in the swollen Waikato River. MetService says the worst of the weather should now be over for the North Island, but not the South Island where wind and gale warnings remain in force.