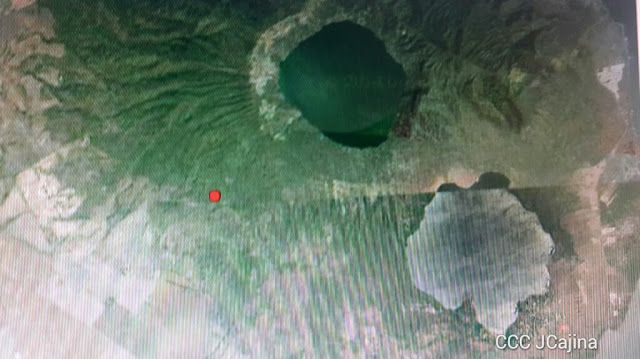 Photo Sinapred
The Nicaraguan government remains vigilant against signs of eruption in Momotombo volcano, located not far from the city of Leon, after an explosion at a crater in which registered a dense gas erupted.
According to the specialists of the National System of Attention, Prevention and Mitigation of Disasters (Sinapred), the plume of smoke given off the mountain rose about 200 meters over the summit of the volcano.
Even though there are still no reports of damage to the surrounding communities, Sinapred stepped up the permanent observation for Momotombo degasification.
Momotombo, 258 meters above sea level, has been active since December 2015, when it suddenly erupted after 110 years of relative calm.
Likewise, the surveillance currently still remains over Telica volcano, which also showed some increased activity signs in recent days, by expelling gases and ashes after a strong explosion in the same region.
Located in the so-called Pacific Ring of Fire, which concentrates most of the world´s volcanoes, Nicaragua has at least 58 mountains of this kind, six out of which are currently active.
Apart from Momotombo and Telica (with 1060 meters above sea level), are also the following volcanoes: San Cristobal (1745), Concepcion (1610), Cerro Negro (675) and Masaya (635).