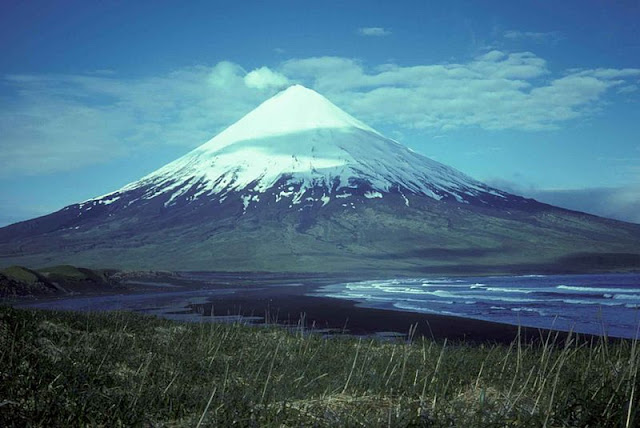 Another volcano in Alaska's Aleutian Islands is showing signs of unrest.
Bogoslof (Boh-gohs-lawf) Volcano has been erupting periodically since mid-December.
On Friday, the Alaska Volcano Observatory detected a small explosion at Cleveland Volcano. Geologists say the event at 8:15 a.m. did not last long and was similar to or smaller than other explosions at Cleveland Volcano.
Clouds covered the cone-shape mountain and obscured observations by satellite or boat.
Geologists say any ash cloud generated probably dissipated and was not above 20,000 feet, where it could threaten airliners traveling between Asia and North America.
The volcano is 940 miles (1,512 kilometers) southwest of Anchorage.