Another mag 5 quake strikes off the coast of Fukushima bringing stricking similarity to the build up of the massive magnitude 9. mega-quake in March 2011 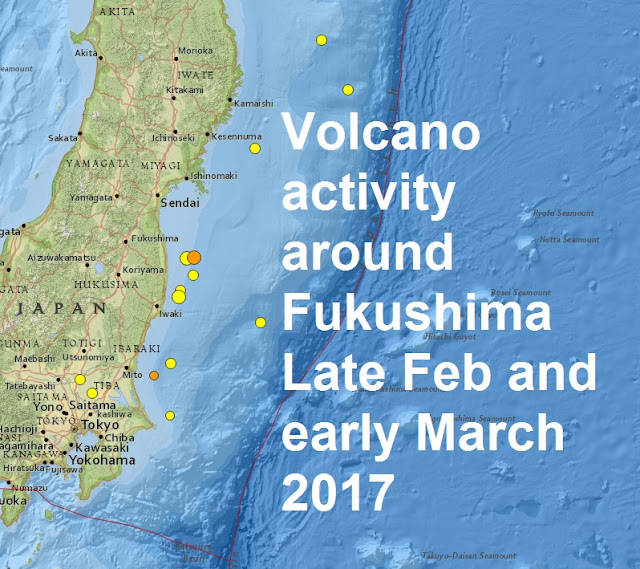 USGS
As another mag 5 quake strikes off the coast of Fukushima, the 14th minor quake in recent days off the east coast of Japan. Yesterday a mag 5.7 and a mag 4.8 struck just miles east of the stricken nuclear power plant Fukushima bringing back the memories of 2011. With another massive coronal hole facing the Earth let’s hope it's not a precursor to what happened in Japan six years ago 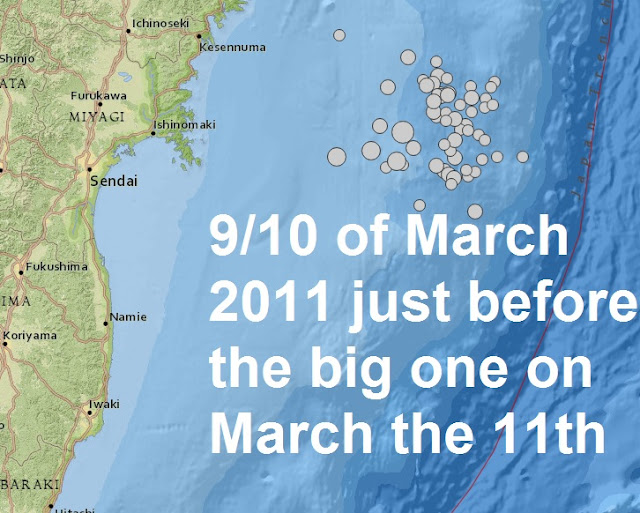 USGS
The similarity to the build up to the magnitude 9.0 off the coast of Honshu which killed 15,000 people and caused a massive tsunami and the destruction of the Fukushima nuclear power station is striking to say the least.


In the days leading up to the most devastating earthquake of the 21st century many fore-shocks occurred off the east coast of Japan, a cluster of quakes ranging from around Mag 2. all the way up to a mag 6. 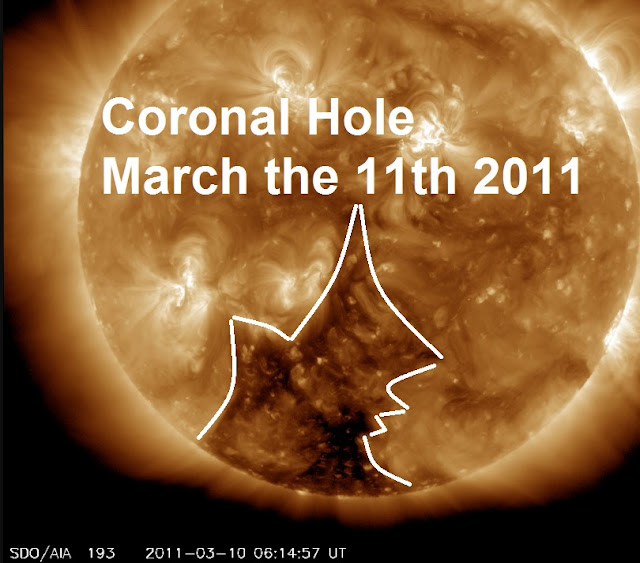 SDO
A massive coronal hole was also on our Sun facing Earth on March the 11th, 2011. 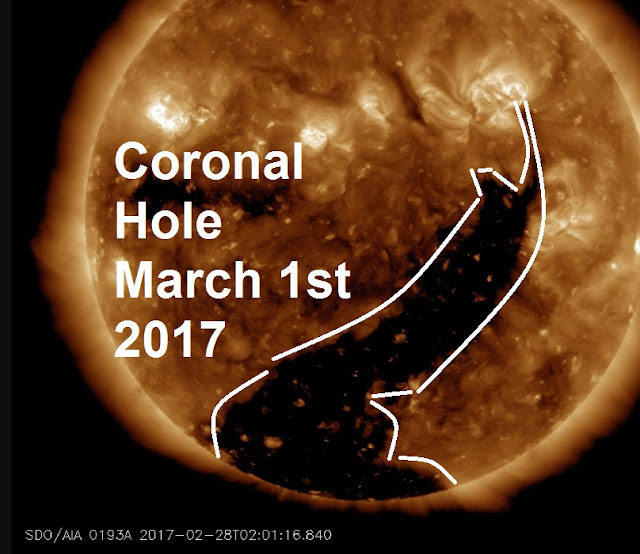 SDO
Fast forward to March 2017 and a another cluster of minor quakes have appeared off the east coast of Japan, 14 up to now ranging from mag 5.7 all the way down to mag 3.9.


And a massive coronal hole on our Sun is facing Earth…
However just two days before the magnitude 9. Struck Japan, a powerful X class flare exploded from the Sun impacting the Earth with solar wind.

Spaceweather.com
Could the 14 minor quakes be fore shocks to another big one? I don’t know the answer to that of course however, we should be in for major quakes somewhere on the planet in the coming days.