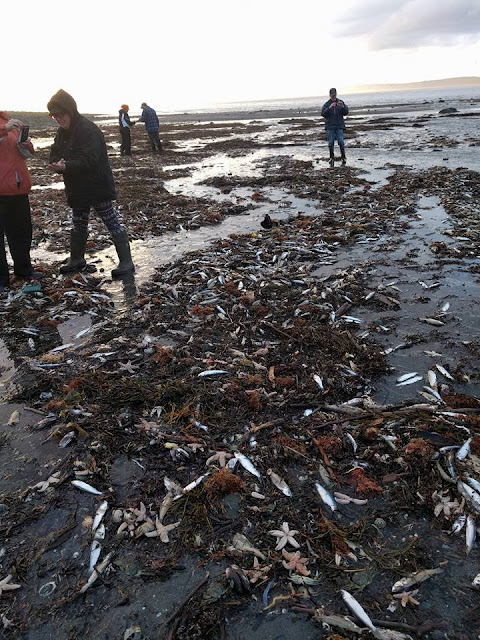 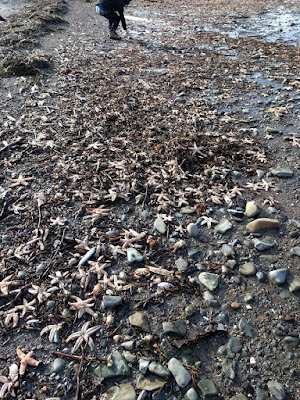 That might be it...they did just drain the swamp...betcha the swamp water leaked into to ocean and kilt all them poor wee fishees...

Tom, I'm with you. We can't let the poorly educated masses drag us in to an improperly spelled apocalypse. And don't get me started on grammar...

Bradley, please look closer at the shoulder flashes...Tom Tom is clearly a member of the Literate Allies Expeditionary Forces...

Actually, this is the most hilarious distraction I've come across in a long while. I may require medical attention for my splitting sides....

Should it be SEE ICE or ICE SEEN?

Tremors are caused by those big worm things that slide through the dirt. I don't think they like water.

It's CAKE Breton...can't you read?

You must be from the USA. Governments in Canada don't lie to us about stuff like this.

Heather, you are correct. All this sub-t activity is making major changes to the earth. And apparently it all started as recently as several million years ago..or is it billions, I just forget now...

everyone does this so take a pill about Noah http://grammar.about.com/od/fh/g/Homonymy.htm

I forget...were the sea and animal die offs foretold in the old testament or the new? And that rampant greed and MUCH evil stuff...I might be wrong, but seems to me I heard tell that shits been going on for a while now...how can you tell it's THIS rampant greed and MUCH evil stuff and not some in a different time?
OH, and quantum computers will soon be available for home use, so maybe if we just sit tight for a while, we can all get one and research these changes together...

Anonymous - do you know everyone? I think not! So you can't state with all certainty that no one cares! It just so happens that I Care.

Ahh, Melanie...the dangers of reviewing someone's spelling and grammar...
I ask that YOU remember that re-reading your work for quality is critical. I'm trying to be polite here as you've covered up this important piece of news with your lack of quality checkS or checkING? on your work. Thank you and, I hope in future you will ensure all the "i's" are dotted and the "t's" ARE CROSSED and spelling is correct.

Don't confuse the issue with facts. Ringlerun's post has kind of a nice...ringle to it...

But the water flows past Nova Scotia first, then past Labrador and Greenland.

If the temp increased 20 degrees (F or C) over
Christmas, Santa wouldn't have been able to wear his red suit with all the fur....

Just read a climatologists findings that loss of sea Ice on pole causes increases in methane gas. Wonder if that is starting to have widespread effects?

maybe those fish overdosed on heroin

People...we are in the midst of the 6th EXTINCTION LEVEL EVENT.

For all those who wish to chastise the people mentioning the spelling of Nova Scotia. Personally, that is where I am from. So, if you are going to write a story of my home province, please spell it correctly. As for this story I have seen numerous stories regarding it.I'm sure if the situation were happening in your area, you might want them to spell your home correctly.

Blinky the Simpsons have come to life...."Two Cars in Every Garage and Three Eyes on Every Fish"

We talking Cat's or raw sewage?

We are all going to die. The end.

Going off a tangent.someone told me of a lot of deaths of marine biologists and scientists , all worked for marconi . Worth googling , i was amazed at the amount of deaths linked to one compamy , a lot were young . One wonders what happens opening a can of worms , i feel we are living in a asylum , we like to point out things but do nothing ..why is that ?

soon there will be no access to food or water from a former natural source. The only available food and water will come from the laboratories and be unnatural lab made impostor food and water. That only the Beast system will give you in exchange for you taking the mark of the beast. No food will grow/chem-trails, no animals or sea life, nothing will grow, only their food or cannibalism. That is the plan. Once you take the mark beware, the fake/lab food they give you will stop coming once you accept the mark=as always satan will play the bait and switch game, them eternal Hell forever. SAVE your souls. Just a warning.

Until gov is held responsible and these radiation sites shut down there isnt shit we can do.