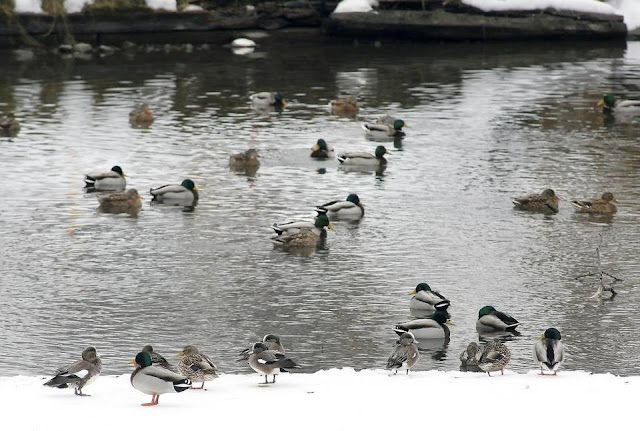 A recent outbreak of avian cholera has killed about 500 birds, many of them Mallard ducks, at the McNary National Wildlife Refuge.  Photo Tri-City Herald
An outbreak of avian cholera has killed about 500 birds at the McNary National Wildlife Refuge near Burbank in the past week.
On Thursday, a crew was out at the refuge all day collecting even more dead birds.
The disease is not unusual in cold and wet weather, said Dan Haas of the Mid-Columbia River National Wildlife Refuge Complex.
But he does not remember a previous outbreak at the McNary refuge. Birds are particularly susceptible this year because the cold and snow have left them stressed, he said. People are not at high risk of infection by the bacteria that causes avian cholera. But they should still wear gloves when handling dead birds and wash hands thoroughly after disposing of birds, according to the National Wildlife Health Center. Most of the birds that have died are mallard ducks, which are common at the refuge, and other ducks. U.S. Fish and Wildlife Service workers also have found a few great blue herons, belted kingfishers and northern harriers, which are a bird of prey, that have died on the refuge. Dead birds also have been seen on rivers and private property near the McNary refuge, but outbreaks have not been reported at other federal refuges in the Mid-Columbia River complex, reports the Tr-City Herald.