2016 marks three consecutive years of record warmth for the globe with the first eight months of 2016 unprecedented warmth! 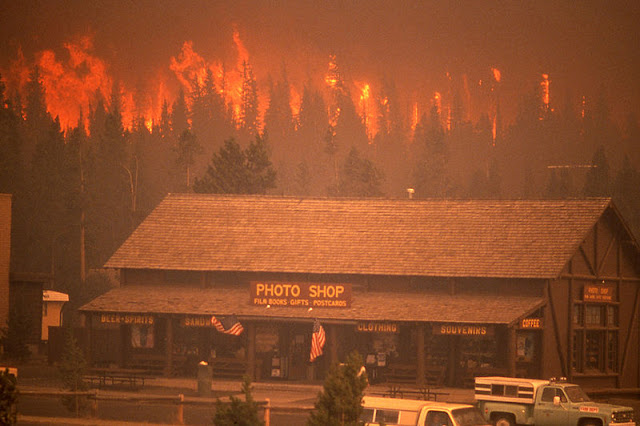 Photo Kansas Healthcare Careers
2016 marks three consecutive years of record warmth for the globe
NOAA have released a report showing 2016 was the warmest year on record, it proved to be the third consecutive year this has happened and with a firm boost from a super El  Niño the first eight months, from January to August of 2016 the globe experienced unprecedented warm heat.
With this as a catalyst, the 2016 globally averaged surface temperature ended as the highest since record keeping began in 1880, according to scientists from NOAA's National Centers for Environmental Information (NCEI). 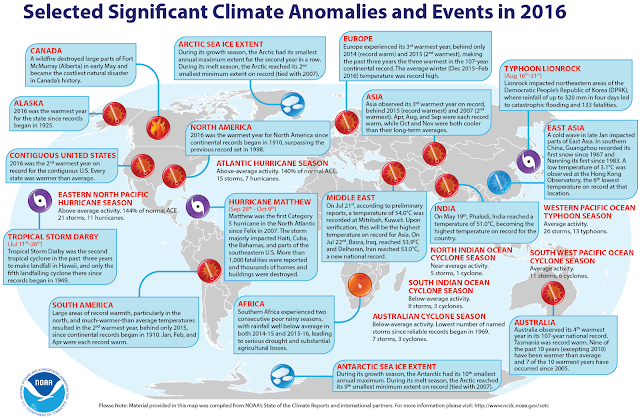 The average temperature across global land and ocean surfaces in 2016 was 58.69 degrees F or 1.69 degrees F above the 20th century average. This surpassed last year’s record by 0.07 degrees F. Since the start of the 21st century, the annual global temperature record has been broken five times (2005, 2010, 2014, 2015, and 2016).
As El Niño weakened later in the year the record temperatures did begin to drop but even so the year ended with the third warmest December on record for the globe, with an average temperature 1.42 degrees F above the 20th century average.
In a separate analysis of global temperature data released at the same time, scientists from NASA also found 2016 to be the warmest year on record.
More noteworthy findings from 2016:
The globally averaged sea surface temperature was the highest on record, 1.35 degree F above average.
The globally averaged land surface temperature was the highest on record, 2.57 degrees F above average.
North America had its warmest year on record; South America and Africa had their second; Asia and Europe had their third; and Australia had its fifth.
The average Arctic sea ice extent for the year was 3.92 million square miles, the smallest annual average since record-keeping began in 1979.


The average Antarctic sea ice extent for the year was 4.31 million square miles, the second smallest annual average since record-keeping began in 1979.

LOL liars. It was a record COLD, and every year before broke the cold records of the last, with my extreme cold, my snow storms, snow coming further south, etc. Another globalist lie again. NEW FLASH, no one believes your global warming scam BS anymore.

Where did you get your information Ringlerun?