A deadly magnitude 6.5 earthquake hits Sigli in Indonesia with more than 40 dead. The major quake struck off the north-east Coast of Sumatra Island, where dozens of buildings have collapsed and many people are feared trapped under rubble. Indonesia's meteorological agency said there was no risk of a tsunami. In 2004, the same area was devastated by a tsunami that killed more than 160,000 people in Indonesia alone.

Last night’s quake hit Indonesia as a massive coronal hole on the sun faced Earth. The quake adds more strength to the theory that large coronal holes on our Sun can cause major quakes here on Earth. In a separate post on Monday The Big Wobble wrote about a coronal hole turning to face our planet and to watch out for large quakes in the coming days. See the post here 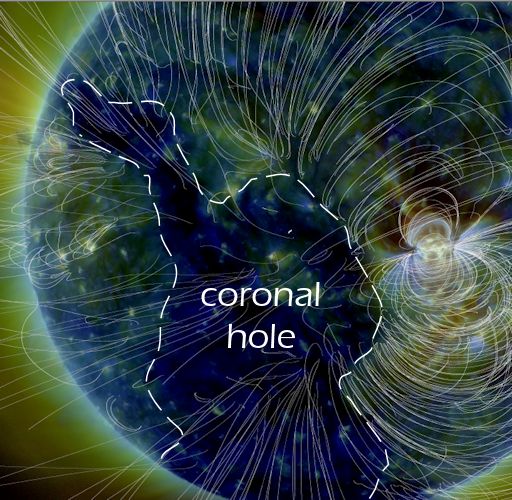 
What makes this major quake double special is the fact that it also occurred very close to the tropical depression 99W seen here in the chart above, which is exactly what happened in November when a massive mag 7.2 earthquake rocked El Salvador as Hurricane Otto made landfall close by, which fits nicely into another theory that violent storms can also influence volatile tectonic plates! See the post here 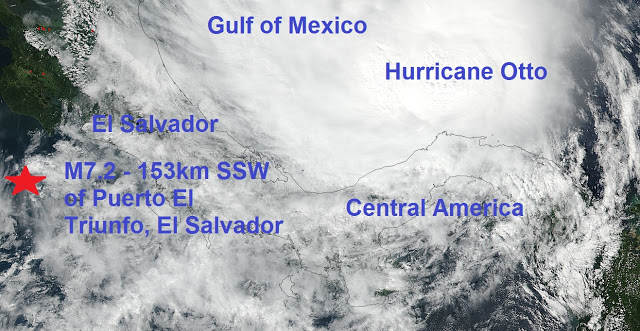 Above, in November this year a massive quake struck El Salvador

A massive mag 7.2 earthquake struck El Salvador when hurricane Otto bore down on Central America, which was an extremely late hurricane and struck furthest south ever recorded in the Caribbean!
A massive coronal hole was also facing Earth at the time.
Last nights quake in Indonesia was the 4th major quake of December and the 128th of 2016.


You can find more information on coronal holes and weather causing earthquakes QuakeWatch.net