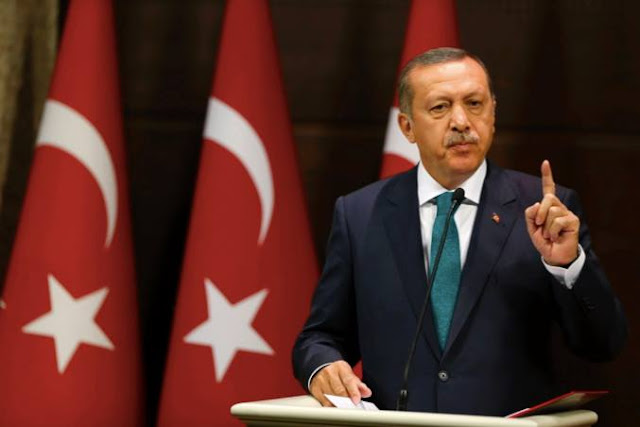 
If the Turkish military is only in Syria to end the Assad regime, then presumably they will stay there until the job is done.
And this puts Turkey into a direct military conflict with Russia, Iran and Hezbollah since all three of them are already fighting very hard to help the Assad regime.
Turkey entered Syria to end al-Assad’s rule: President Erdoğan

The President of Turkey went on to say: “In my estimation, nearly 1 million people have died in Syria. These deaths are still continuing without exception for children, women and men. Where is the United Nations? What is it doing? Is it in Iraq? No. We preached patience but could not endure in the end and had to enter Syria together with the Free Syrian Army [FSA],” Erdoğan said at the first Inter-Parliamentary Jerusalem Platform Symposium in Istanbul.

“Why did we enter? We do not have an eye on Syrian soil. The issue is to provide lands to their real owners. That is to say we are there for the establishment of justice. We entered there to end the rule of the tyrant al-Assad who terrorizes with state terror. [We didn’t enter] for any other reason,” the president said.

The Kremlin said on Nov. 30 that Turkish President Recep Tayyip Erdoğan's recent assertion that the Turkish military operation in Syria is aimed at “ending the rule of Syrian President Bashar al-Assad” had come as a surprise to Moscow and that it expected an explanation from Ankara, Reuters reported.
"The announcement really came as news to us," Kremlin spokesman Dmitry Peskov told reporters on a conference call.


"It is a very serious statement and one which differs from previous ones and with our understanding of the situation. We hope that our Turkish partners will provide us with some kind of explanation about this," he said. Source