I have had a romance with a lady since my childhood just like thousands of other people around the world who are also in love with her. I have remained in love with her through the many bad times and the few good times, my love for her has never faltered and never will.

My lady's name is Leeds United and she is just five games away from returning to the English Football Premiership, after sixteen years in the football wilderness.
In the sixties, seventies and early nineties my lady was known as "Super Leeds," however in 2003, my love was relegated from the English Football Premiership due to financial miss-handling by her owners. "Super Leeds," dropped down to the third tier of English football.
If Leeds United can grab ten points from their last five games my lady will be back where she belongs in the higher echelons of English football and I can once more embrace my love with happiness.
If you are wondering why my blog has changed colours it is in support of my wonderful lady during her next five games. (MOT) 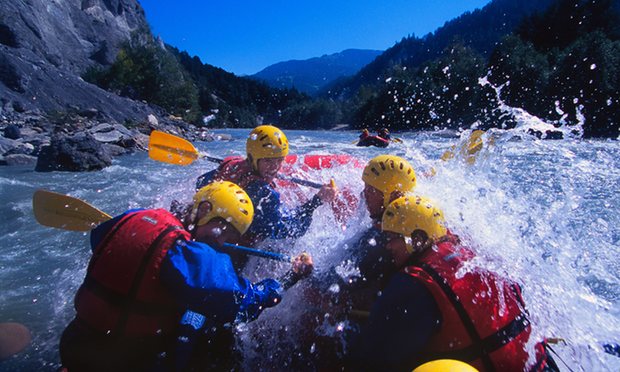 The amoeba, which thrives in warm summer waters and can cause death within five days if forced by the nose, was found in the park’s whitewater system. Photograph: Blaine Harrington III/Alamy
All 11 samples taken from the U.S. National Whitewater Center in Charlotte tested positive for Naegleria fowleri, officials with the Centers for Disease Control and Prevention announced this week at a press conference.
Four samples taken from the nearby Catawba River tested negative for the pathogen while a sample taken from the riverbed tested positive.
"Our findings here are significant," Dr. Jennifer Cope, an infectious disease physician at the CDC, told CNN.
"We saw multiple positive samples at levels we've not previously seen in environmental samples." The presence of the deadly amoeba is likely due to a failure in the park's water sanitation system, which wasn't designed to target it, Cope said.
The park's cleaning system relies on ultraviolet radiation and chlorine, which would ordinarily kill Naegleria. 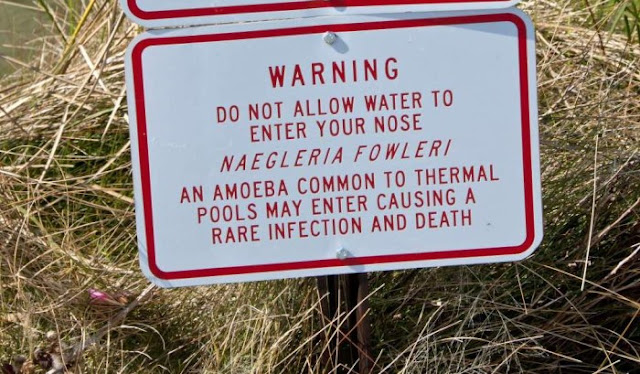 Photo infossible.com
However, because the park's man-made bodies of water are designed to look natural, they collect dirt and debris which interfere with the sanitation process, she said.
"The chlorine reacts with all that debris and is automatically consumed so that it is no longer present to deactivate a pathogen like Naegleria and the same is true about UV light," Cope said.
The park is one of only three similar systems in the U.S. that are not required to be regularly tested for pathogens.
That's because it's seen more as a river or "natural system" than a man-made body of water, Cope said.
Mecklenburg County Medical Director Dr. Stephen Keener said that may change in the future.
"I think it's important to know that these infections are extremely rare," he added at the press conference.
He noted that there's no way to know whether an increased level of the amoeba creates a heightened risk of humans contracting it.
The news comes a week after 18-year-old Lauren Seitz died from the amoeba.
She became infected while whitewater rafting at the park on June 8.
The teen's raft overturned, possibly getting the water up her nose.
Others who were with her have not fallen ill.
According to the CDC's website, there have been 138 cases of primary amebic meningoencephalitis, the disease caused by the amoeba, between 1962 and 2015.
Only three have survived.
The majority of the infections have been in the southern states - more than half in Texas and Florida. There are steps the park can take to decrease the risk of infection, including lowering the temperature of the water and reducing algae that can encourage the amoeba's growth, Cope told WFAE.
The park's whitewater channel closed on June 24. It's not yet known when it will reopen.
In a statement, the park said it is working with health officials to clean the channel.
They are also pledging to "work with the CDC, local and state public health officials, and other professionals to determine the best means possible to implement additional water quality measures in an effort to minimize risks related to Naegleria fowleri."
Mecklenburg County's Board of County Commissioners is scheduled to discuss next steps at their July 6 meeting.

This season's high temperatures and heavy rainfall have exacerbated the algae problem.
The problem is not just in Texas and Florida but this year is effecting the whole country, below is a list of some of the problem area's...
Northern California's Lake Temescal will be closed to swimmers for the third year in a row because of toxic green-blue algae.
Toxic algae blooms are common in warm weather, but the park district says the drought is likely making things worse at the Oakland lake.
Mass die off of salmon in fish farms, due to ‘toxic algae’ in British Columbia, Canada. Toxic algae has been found at three points in the St. Lucie River.
Algae with toxins well above the level considered hazardous was found Wednesday at Dyer Point in Palm City and off Southeast Harbor Point Drive in Stuart.
A type of toxic algae is killing off farmed salmon in a section of Clayoquot Sound on the west coast of Vancouver Island.
The algae is hitting the west coast of Florida too... Besides killing fish, red tide can cause respiratory irritation in humans and other mammals.
Red tide, caused by Karenia brevis, crept its way to Lee County after festering off Sarasota County for several weeks.
"Some (fish) have been missing their eyes for a while, but you can smell the red tide and cell counts are elevated," said Rick Bartleson, a water quality scientist at the Sanibel-Captiva Conservation Foundation.
High levels of toxic blue-green algae have been detected in three bodies of water around the state, according to the Kansas Department of Health and Environment.
The state has issued a health alert for toxic blue-green algae at Pawnee Lake in Lancaster County. This is the first health alert issued in the 2016 recreational season.
Weekly sampling has been conducted at 50 public lakes in Nebraska since the beginning of May. Excess nitrogen from wastewater, stormwater runoff, and fertilizers spurs growth of toxic algae blooms in Long Island Sound that suck oxygen from the water and can close shellfish beds and fish die-offs.
Meanwhile as the problem explodes the CDC have launched a "Harmful Algal Blooms" website and reporting system.
The list is endless