2023 has its first major quake, (mag 6 or higher) and it's a very shallow (27 km) powerful, magnitude of 7.0 just 23 km North West of Port Olry, Vanuatu in the South Pacific Ocean. The quake was first recorded as a mag 7.2 but has since been reduced by USGS. 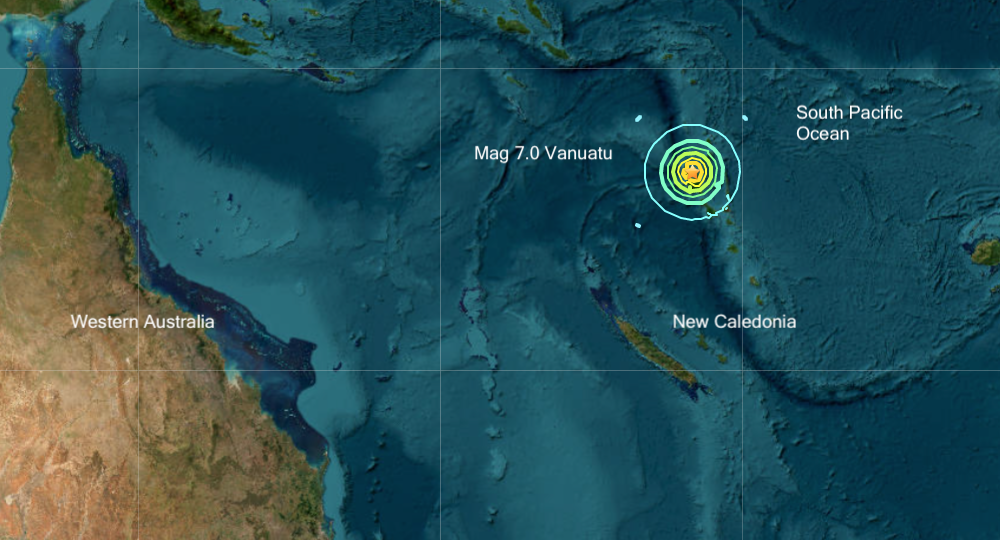 2023 has its first major quake, (mag 6 or higher) and it's a very shallow (27 km) powerful, magnitude of 7.0 just 23 km North West of Port Olry, Vanuatu in the South Pacific Ocean. The quake was first recorded as a mag 7.2 but has since been reduced by USGS. The major quake has been followed by a mag 4.8 aftershock.

According to NOAA, there has been no tsunami warning, advisory or threat.

The mag 7 is the first major quake of 2023—2022 finished with a total of 128 major quakes, (mag 6 or higher) which is slightly less than the average annual total this century.

How is it possible for a United States Government website to continually cook the books! For the third time since 2013, I have downloaded every major quake from 1900 to this era, and for the third time I managed to get three different results: This time with hundreds of major quakes added and some removed from the last graph I made!


Dear Gary and readers of the Big Wobble,
Yep they cook the books, not only for Earth Quakes, but for Solar Storms as well. They will post what is going on and then at times change their storm strength, even though the northern lights were rocking. and often with up-kick in storms we get way more quakes. You will look back and wonder, that was a strong solar storm, why is it not shown now? As my cabin is built about 4 feet above the ground and the pilings are buried deep, I feel even the little shakes which get amplified with the up-kick in Earth Quakes.
Today, the 8th of January, I had one across the Cook Inlet at Redoubt Volcano. It was just a 3.7 with a depth of 54 miles deep. I am seeing more and more Earth Quakes that are 10 miles or less in depth and more of the Alaskan Volcanos shaking. Today 2 more close to me, Augustine Volcano, Iliamna Volcano, all had little shakes along with 2 others in Alaska. Yesterday Mt. Spur Volcano which is close by shook some. Of the 4 that I can see from the beach they have had a total of 34 quakes around them since the 1st of January.
In the last 24 hours we have had 25 Quakes, 176 in the last 7 days, and 656 in the last month. And the stronger Solar Storms that were rocking and setting some of these shakes off will be changed as they always do. But give them a break my friends, it is a spelling problem. They learn to spell words like "Honesty" this way, "COOKED BOOKS!!!" It is all their English Teachers fault!
Blessings from Alaska, Just Me, Laughing-Bear

Laughing-Bear, That is incredible information you have posted about the number of quakes daily, weekly and in the last monthly total! OMG! Wow! Thank you so much for writing in to tell us this news. I have said that I wished other readers would tell of what is happening on the ground in their back yards because that is the real news and the truth that we never get from MSM. So thanks Laughing Bear! Great job!

I occasionally go to volcano discovery web site to check numbers of quakes and years ago it used to be a daily check for me. Your numbers are in exact line with what I used to find on that site, dozens daily in or around Alaska and the island chain off Alaska. Most are under "major" status but should not be ignored as any shaking is very relevant to these end days of earth activity which I feel is highly likely in responce to man's hand. I often wonder if it is possibly connected to the reflection skies? Reflecting sunlight back in to space....what is that causing? Has to be some kind of cause & effect occurring from that is what I think. Like a mirror, reflecting sunlight is much brighter and directional then natural sunlight hitting our earth, right? Think about it! I really feel there must be a connection there.
Using magnetic energy is powerful, also invisible!
Please stay safe Laughing Bear!
Thank you for reaching out to help me as you have!
Hawkeye