An attack against one Ally is considered an attack against all Allies— NATO: They promised us an incredible bowel-movement of progressive change but all they delivered was an extremely loud blast of flatulence! NATO shame—Just as guilty to the innocent Ukrainians as Putin is! 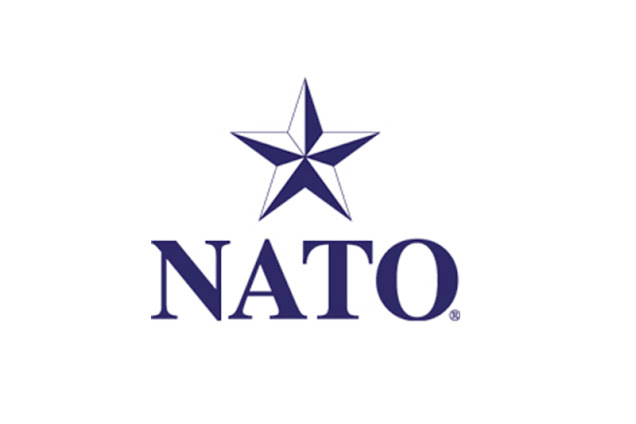 They promised us an incredible bowel-movement of progressive change but all they delivered was an extremely loud blast of flatulence.
"They wouldn't do that to us, would they?"

If you had any remaining doubt as to just where we, the "ordinary Joe" fits into the grand scheme of world politics, well you just have to look at how President Putin and NATO's total disregard for human lives came to the fore yesterday. Throughout all history, criminals like Putin have been allowed to kill innocent people while other criminals like NATO stand by and let them.

What Putin has done is demonic, quite clearly but—The real crime is, he was allowed to do it by the very people who are supposed to be protecting us. "NATO," the UN, The European Union, Biden, Johnson, Macron. Yes! They all stood up yesterday to tell the world the biggest lie—"We all stand with the Ukrainian people!" They are lying, they don't give a fiddlers f#uck, the Ukrainian people are nothing more than collateral damage.

While innocent children, mothers and fathers died yesterday, our "world leaders" did nothing more than slap Putin on the wrist, sat him in the naughty corner and took his pocket-money away from him.

They say—If the West cut their defence budget by just 1% every year, we could remove poverty around the world forever but—we are told defence is much too important. Yesterday they could have removed another despot with that defence budget but they didn't. Ok, Ukraine is not a member of NATO but—They are a partner of NATO and a European country, which is why NATO was set up, to defend Europeans and North Americans.

Why was NATO founded?

The North Atlantic Alliance (NATO) was founded in the aftermath of the Second World War. Its purpose was to secure peace in "Europe," to promote cooperation among its members and to "guard their freedom"—all of this in the context of countering the threat posed at the time by the Soviet Union. ("now Russia") The Alliance’s founding treaty was signed in Washington in 1949 by a dozen European and North American countries. It commits the Allies to democracy, individual liberty and the rule of law, as well as to peaceful resolution of disputes. Importantly, the treaty sets out the idea of collective defence, meaning that an attack against one Ally is considered as an attack against all Allies. (Ukraine is an Allie) The North Atlantic Treaty Organization – or NATO – ensures that the security of its European member countries is inseparably linked to that of its North American member countries.

So the rhetoric coming from American and European leaders as well as NATO claiming Ukraine is "not" a NATO member ("but we stand by them!") is just another word-play—It is a lie and an insult to the innocent Ukrainian people and just as much as a crime as the one Putin is committing!

My advice to NATO would be—stick a fork in their ass and turn them over until they are done!

Agreed! And you can add to that "we" are on our own! Wait until they take all our money out of our bank accounts, that we've worked for and saved, that they haven't yet taken in the form of "taxes" before we even got our paychecks. They send "us" into do their fighting FOR THEM when THEY can't get along with others. That's what COWARDS do! Those that 'represent' us NOW, are the very ones that ran to Canada to AVOID having to face the enemies, leaders created. I won't vote again. They proved "they" control that too, by fraud! (Computer hacking and mail-in ballots. And have done so for several years.) I'm tired, clear down into my soul. I'm ready to 'go home' and let them have the HELL they have created for the rest of us! It's THEIR turn to 'stand and deliver' for the things they have subjected the rest of us to, with their so-called leadership. WE, the victims, are the one's that need to get out of the way, and be cannon fodder!


Dear Anonymous,
I hear what you're saying, but don't let it bother you. The global elite are not in control. God is. Please read Micah chap. 2 vs 1-4. Where it says, they "covet fields," ( That is Bill Gates buying up farm land all over the world so that we own nothing.)
And where it says they "covet houses," that my friend is Blackrock the biggest financial institution in the world. They are buying up houses all over the world so," that you will own nothing but, be happy " God is going to destroy this ( family ) soon, count on it. They're just to stupid to realize it.

Wow Gentlemen/men passions can run high, time to breath deep and walk away. The world has never been fair over many millinea. Evil is enchroching upon us from all angles and the Ukrainians/Russians are now a focal point. No good will come from this as no good ever comes from war. All of the worlds governments with few exceptions are guilty of crimes against humanity via a plandemic clot shot. The world is in motion and I hope and pray war does not escalate. How hopeful in the short term and unlikely in the long term. The Time Is Now to store up treasures of the soul that we might be diligent stewards of what remains. Be Free, Be Safe, Be Couragious! Blessings
Christopher