Waiting for the big one! Another two major quakes rock the eastern margin of the Australia plate: The most volatile seismic area in the world at the moment! Two more powerful aftershocks, a mag M 6.2 - 147 km SSW of Port-Vila, Vanuatu and a mag 6.1 South East of The Loyalty Islands 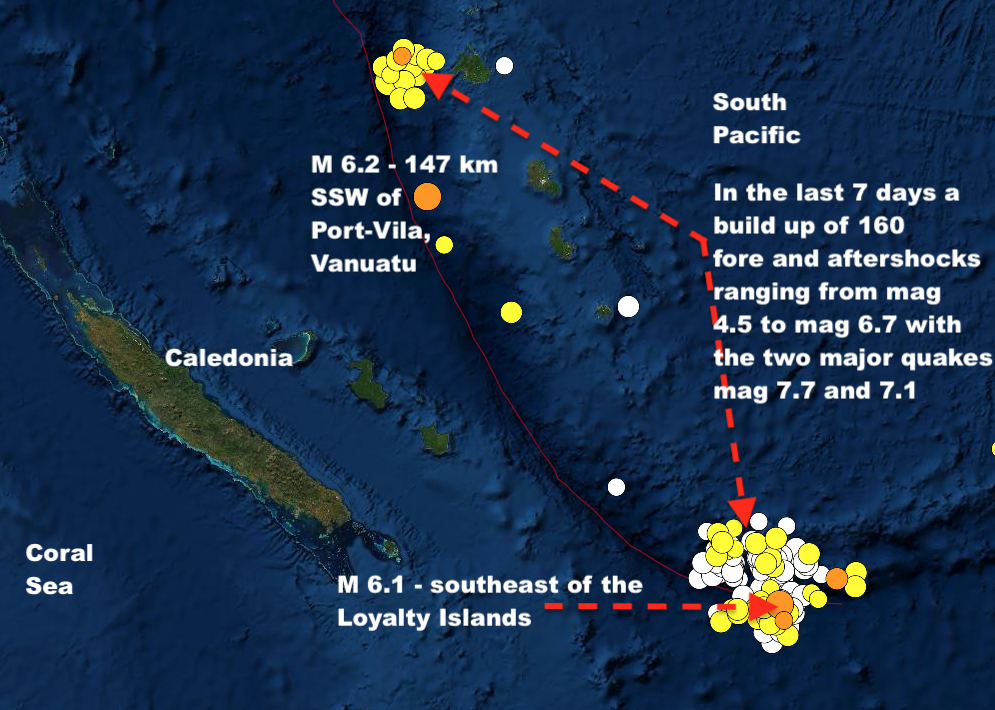 Two very shallow, powerful, major quakes, (mag 6 or higher) struck the most volatile seismic area in the world last night. A mag M 6.2 - 147 km SSW of Port-Vila, Vanuatu and a mag 6.1 South East of The Loyalty Islands rocked an area where almost 200 aftershocks have occurred in the last seven days after a mag 7.7 and a mag 7.1 struck north and south along the eastern margin of the Australia plate in the South Pacific Ocean. The area has been rumbling for a week now since the two, mag, 7+ quakes rocked the area earlier last week with the aftershocks not appearing to settle down anytime soon.

The two major quakes last night helped continue an incredible seismic February with a total of 16 major quakes, mag 6 or higher with all the major quakes occurring along the Pacific Ring Of Fire and 10 of them along the eastern margin of the Australia plate. 2021 has so recorded 28 major quakes so far which is also very impressive considering we are still in the middle of February.