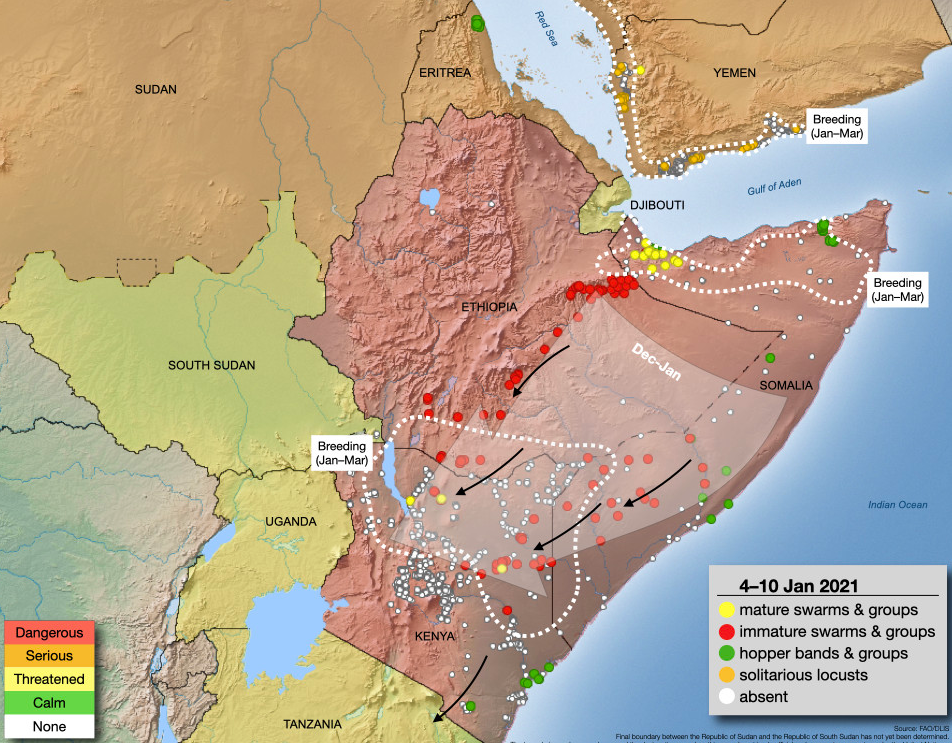 The Somali Regional State has announced that locust invasions are causing widespread destruction to crops and grazing lands in all but one of the region's administrative zones. The infestation, which has affected 10 zones in the region, is spreading quickly to border areas, according to Abdullahi Yusuf Adem, deputy head of the bureau. The swarms have formed as a result of favourable environmental conditions brought on at the end of November 2020 by cyclone Gati in the Indian Ocean, the strongest tropical cyclone to have ever made landfall in Somalia.

The heavy rainfall provided ideal breeding grounds for the desert pest both in Somalia and in Somali Regional State. Immature swarms are concentrating along the eastern side of the highlands in Harar, Oromia Regional State, according to reports by the United Nations Food and Agriculture Organisation (FAO). The Organisation, which warns of swarms moving into the country's southern regions, has also observed infestations in the vicinity of Jijiga. Preventive activities to control the infestation are currently underway in collaboration with the Ministry of Agriculture. Locust swarms destroyed an estimated 200,000ha of cropland in Ethiopia in 2020, marking the worst invasion the country had seen in 25 years.